Just before 8am today (June 27) a 999 call was received reporting a 30ft yacht that had grounded and capsized at Sandown Bay.

The Ventnor Coastguard Rescue Team has attended to assess the vessel which does not have anyone onboard.

Isle of Wight Council has been informed of the incident as there are signs of diesel pollution on the foreshore in the area of the Tradewinds Cafe. The affected area along the shoreline has been taped off by HM Coastguard and signs put in place to advise the public of the pollution.

The owner of the yacht has been contacted and the situation is being continually monitored by the Ventnor Coastguard Rescue Team, the Maritime and Coastguard Agency’s Counter Pollution Team and Isle of Wight Council. 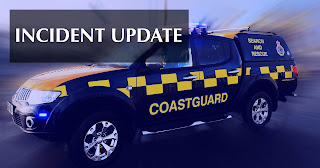