What a year, what a team: Celebrating the vital volunteers that bring others home 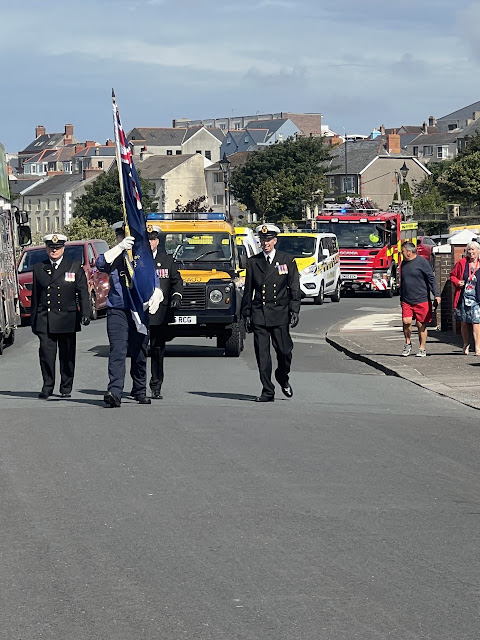 What a team. What a year. A year that has seen HM Coastguard celebrate two hundred years of saving lives at sea – and celebrating the vital volunteers that risk their lives to bring others home. It is the people that matter and always have, the staff working day in, day out but also those that get called upon when needed – our volunteers are vital. They drop what they are doing to come and help anyone, night or day, that get into trouble at the coast. And they have done for two hundred years. Milford Haven MRCC celebrated 200 years with a parade through the town So 2022 has represented a wonderful chance to say ‘thank you’ as a local and national community, as well as a modern rescue service. This has been done through a series of events across the country, hosted by one of our 10 Maritime Rescue Coordination Centres strategically placed around the UK. On International Volunteer Day 2022, as we celebrate our 200 th year, we wanted to once more highlight how important our v
Read more

Be your dog's best friend at the coast 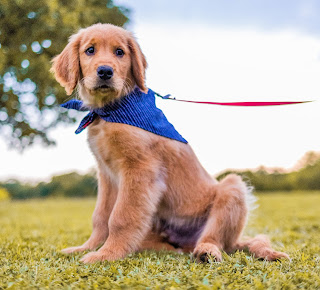 We all love a winter walk, but please be coast clever and keep your dog on a lead. Earlier today (03 Dec) HM Coastguard was called to two separate incidents where dogs had fallen from cliffs. The first call came in just after 10:00am from the owners of a collie who had fallen 150m down a cliff at Dunskey Castle, Portpatrick, Scotland. Coastguard rescue teams from Portpatrick, Stranraer and Ballantrae were sent along with Police Scotland. A coastguard cliff rescue technician was lowered down the cliff, they placed the dog in a specialist animal rescue bag, before bringing him safely to the top of the cliff where he was reunited with his owners. The second dog got into difficulty just before 13:00, the owners called to say that their labrador had fallen from the cliffs near Arbroath, Scotland and was on the shoreline below. Arbroath, St Andrews, Stonehaven and Montrose coastguard rescue teams were sent along with the Arbroath RNLI lifeboats. One of the lifeboat crew was abl
Read more 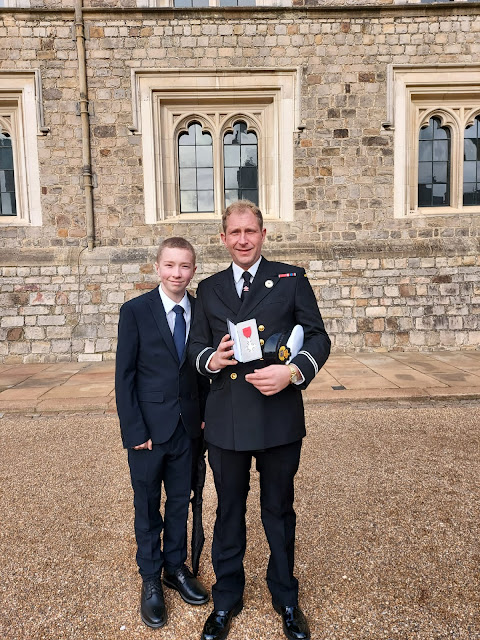 A coastguard volunteer who wants to ‘give back to the community’ has been awarded his MBE by King Charles. Daniel Thomson has served for HM Coastguard for around ten years with Lytham St Annes Coastguard Rescue Team, as well as working in the Holyhead Maritime Rescue Coordination Centre for around three years. Currently deputy station officer at Lytham St Annes,  Daniel was part of the 2022 New Year Honours. Daniel Thomson received his MBE supported by 12 year-old son Jacob Earlier this month he was invited to Windsor Castle to receive his MBE in person from the King. Following the event Daniel said: “It was a great day, especially as this was the first Investiture Charles has completed as King.” As part of the ceremony Daniel was given a tour of the castle before being awarded his prestigious honours.  He also had the opportunity to talk to the Royal about his time with the Coastguard. Working in the Prince’s Trust department at Lancashire Fire and Rescue Service, as well as
Read more

VIDEO: Family with young children winched to safety after tide forces them up cliff 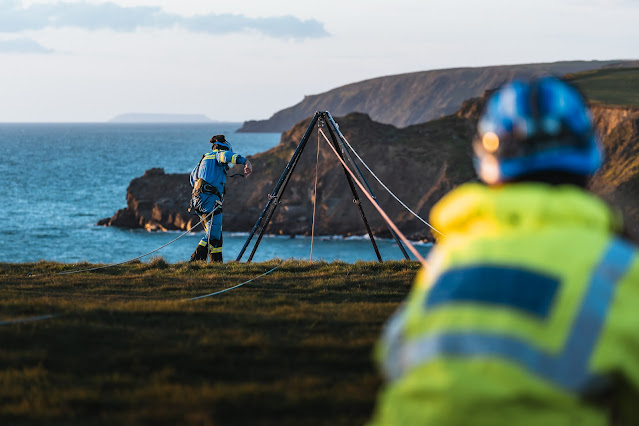 A family has been winched to safety after clambering up a cliff face to avoid the incoming tide. The two adults and two children found themselves cut off on the rocks below Llansteffan Castle, as waves battered the rocks they were on. But the addition of a high visibility jacket on one of the four meant the helicopter was quickly able to spot them and go to their rescue. They were also fortunate that a passer-by spotted the trouble they were in as the tide came in and reported it to the coastguard, allowing teams to get to them ‘in the nick of time’. *Video has no sound George Close, maritime commander for HM Coastguard, said: “This family were out for a lovely evening stroll along the beautiful sandy beaches overlooked by the ruins of Llansteffan Castle when they found themselves cut off by the tide and in danger of being swept away. “It is really important to take note of the local warning signs – and check the tide times, it’s easy to do with a quick search online or downl
Read more

London MRSC: The Coastguard on the Thames 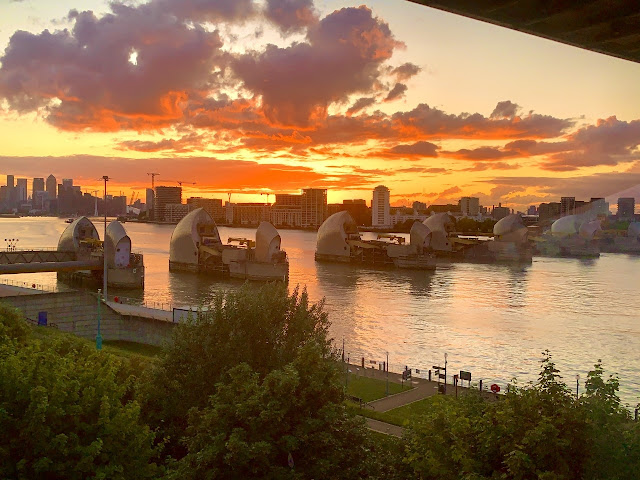 When you think about His Majesty’s Coastguard, it would not be unreasonable to expect someone to be thinking about the coast – it’s in the name after all. But did you know that the Coastguard is also responsible for Search and Rescue (SAR) operations in some of the UK’s tidal waters, that is, those affected by tides? Which means that people’s safety on Britain’s most famous river, that winds its way through the heart of the country’s capital, falls under the remit of the national maritime 999 service for search and rescue. The Thames Barrier as seen from London MRSC From a place within eyeshot of the Thames Barrier, a small team of Coastguard operational staff work hard to keep London’s residents safe on the Thames. Senior Maritime Operations Officer Paul spoke about his role and the unique experience of coordinating maritime search and rescue on the Thames. “The Thames is actually a very dangerous river,” Paul, who spent 32 years working as a response officer in the Kent Polic
Read more 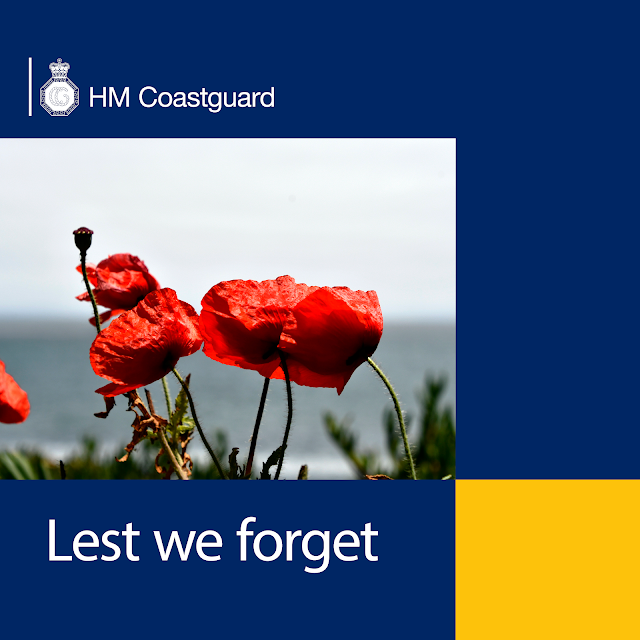 HM Coastguard will today (Sunday 13 November) take part in the annual Remembrance Sunday parade, with a contingent of 10 marching past the Cenotaph. It will be the first time the Coastguard will join the Civilian Services Contingent (CSC), having previously marched with the Royal Navy. A group of 10 from all over the organisation and country have taken part in two days training in preparation for the formal march, when the officers will parade past the Cenotaph. HM Coastguard’s ceremonial lead Dayle Jones, an Operational Support Officer based in Belfast, and Coastguard Rescue Officer Kevin Moran each year organise and train a contingent from around the coast and from all aspects of the organisation to take part in the national act of remembrance in November. Coastal Operations Area Commander for west Scotland, David Graham, was also selected to represent HM Coastguard at the Field of Remembrance at Westminster Abbey on Friday. Dayle said it is ‘always an honour to be selected
Read more

Emergency Radio Procedures: Does your fishing crew know what to do? 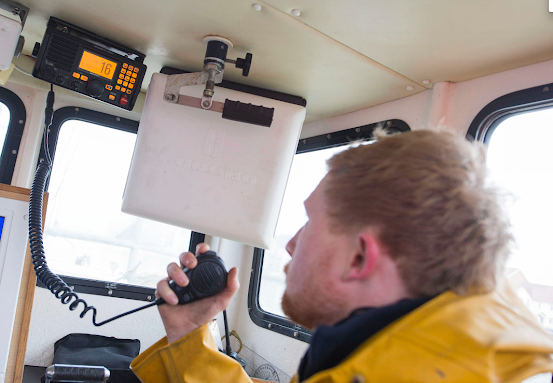