She joined the Anglesey team at the end of 2021 and has recently qualified as a Coastguard Rescue Officer (CRO), before also taking the crown as the nation’s strongest woman. She completed training and assessment in skills such as water rescue and casualty care at the start of the year to qualify as a CRO. Jemma has gone on to join other newly recruited colleagues to train as a rope operator – adding valuable skills to the team and the local community.

“I’ve always admired the Coastguard,” Jemma, originally from Manchester, said. “We’ve always gone on holiday in the Moelfre area and I used to love to watch them as a child, it was always something I wanted to look into one day.
“So when I saw a recruitment poster last year, I decided that day had come.”

But, outside of her volunteering as a coastal search and rescue expert, she also holds the crown as 2022 BNSF Wales’ Strongest Woman as well as also claiming the BNSF British title last month.

Her team are ‘incredibly proud of her achievements so far’ and hope to see her able to accept an invitation to enter the WHEA World Strongest Woman competition in Finland next month, provided she can fundraise enough to self-fund the trip.

The mum of two competes in the u85 ‘natural’ class indicating that she does not take performance enhancing drugs to train or compete.
Jemma said: “I have really pushed myself in lots of different ways over the past year or so, and I am really proud of what I have achieved so far.
“I finally decided to pursue my ambitions, of joining up to the Coastguard Rescue Service as well as entering my first strongwoman competition.

“I really like a challenge and whether it’s the Coastguard or the strongwoman competitions, it’s been a really enjoyable challenge. I’m also a single mum to two kids so it’s been tough to find the time to train at points, especially balancing that with being on call, but really worth it.

“My kids are really supportive as well, I think it’s important to show them hard work brings rewards.” 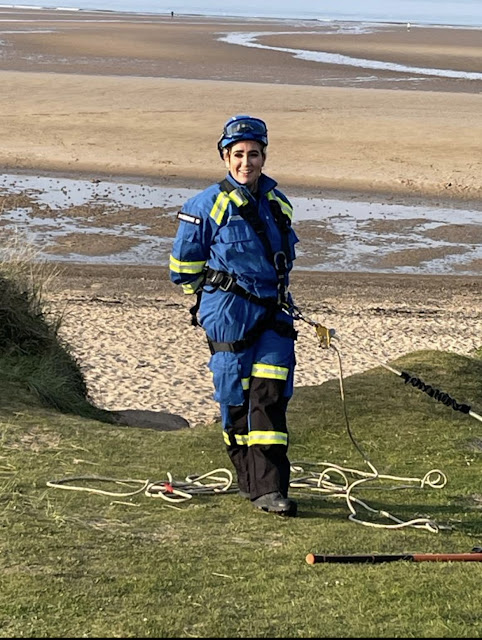 She said that it was a ‘bit overwhelming’ to have claimed the title of Britain’s Strongest Woman, as she adapts to her success so far.

“It’s all very strange, and if someone asks me about it, I feel almost embarrassed to say I won, it’s a bit overwhelming,” she said. “But I am very very happy.

“My team are so supportive as well and are right behind me as I try to make it to the World event next month, I really appreciate it.”

----------------
For those keen on joining the Coastguard Rescue Service as a volunteer – check if you live within 30 minutes of a suitable rescue station, and click here for more information.