July 20, 2022
The Prince of Wales and the Duchess of Cornwall have been joining the celebrations for Her Majesty’s Coastguard’s 200th anniversary during a visit in Devon.
Their Royal Highnesses met with coastguards from across Devon during their visit to Torre Abbey Meadows, as well as seeing a fixed wing aircraft in action and meeting the crew of one of HM Coastguard’s helicopters.
And there was a special moment for the current longest-serving coastguard Keith Dare-Williams who was presented with a Queen’s Jubilee medal representing the entire coastguard rescue service. Keith has served 57 years with the service. 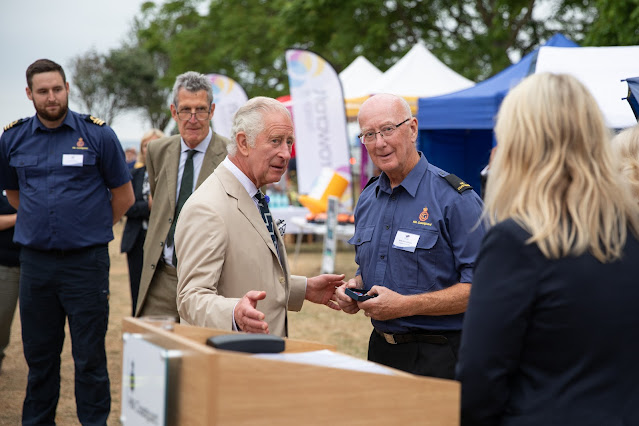 The Prince of Wales is Honorary Commodore to HM Coastguard was shown a number of displays demonstrating how modern search and rescue works.
As well as the displays showing the work, Their Royal Highnesses were also given Coastguard 200 gifts for their grandchildren and cut a celebratory cake.
Speaking after the event, Director of HM Coastguard, Claire Hughes said: “This was a really good opportunity to share our birthday celebrations with our Honorary Commodore. As a former serving coastguard himself while he was at school in Scotland he always takes great interest in the service.”
Area commander for HM Coastguard in Devon, Drew Parkinson said: “It was very special for us to have a visit from Their Royal Highnesses in such a momentous year for Her Majesty’s Coastguard. It was particularly special for Keith to receive his Jubilee Medal on behalf of the service from the Prince of Wales.” 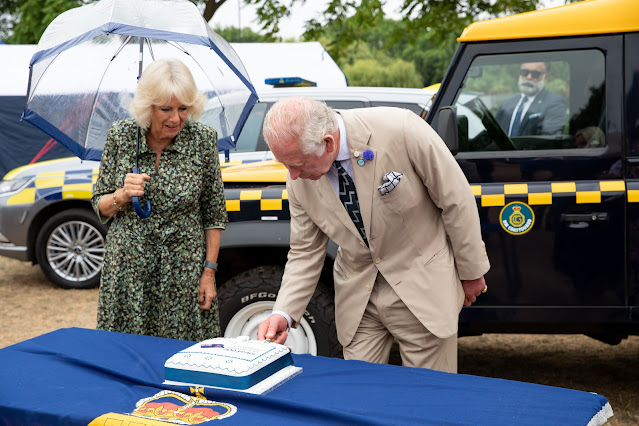