“We serve to keep you safe”: Coastguards keep watch during COP26

As thousands poured into Glasgow for the United Nations COP26 event, coastguards were on hand to keep everyone safe in the river city, whatever their reason to be there. 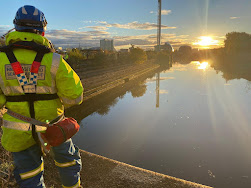 During the past fortnight over 100 world leaders gathered in Glasgow for the United Nations 26th annual global climate change conference. Coastguards were on hand alongside other emergency services to make sure everyone was kept safe at the waterside.

For Senior Coastal Operations Officer Peter Stewart, it has been the culmination of months of work.

He said: “From the very outset, our aim was to make sure everyone got through this time in safety. Whatever your reason for being in Glasgow, we wanted to make sure people got home again as the river can be merciless if you get it wrong. We were there to serve, to keep you safe 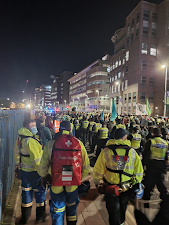 “We were made very welcome from everyone we met, from those there to make their voice heard, from those who were just visiting and from those who – like us – were there in an emergency service capacity. I am beyond proud at the versatility of the coastguard which saw people adapting and serving effectively in an unfamiliar area with those they had never met in person before.”

Across the city’s waterfront, coastguard rescue teams were at a constant state of readiness and were out daily, promoting and ensuring water safety around the main event areas. Volunteers from every coastguard area around the country joined together to support teams already based in Scotland. 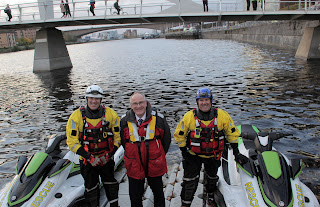 They took part in foot patrols from first light until well into the night time hours, all the way up and down the River Clyde. They also used some specialist vehicles and personal watercraft all in the name of making sure everyone got home safely.

Chief Executive Brian Johnson said: ““I’m always proud of the service and the way it steps up to whatever it's faced with. I’ve been extra proud to watch the coastguards in action as they’ve more than risen to the challenge of keeping people safe during an international event such as COP26.”