"Don't try and cope on your own": Coastguard Alex urges people to talk following own struggles with tragic outcome 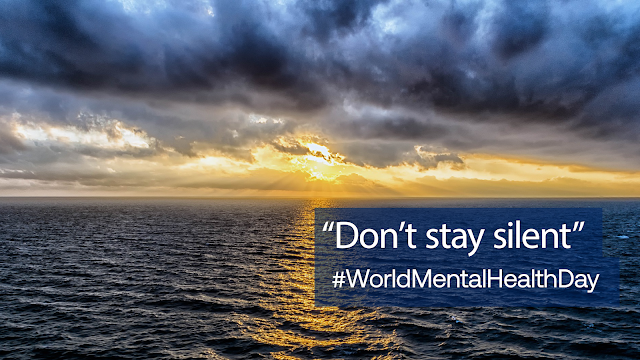 In August 2020, off-duty coastguard Alex Hill was at Barmouth Beach when the worst happened in front of him. A father trying to help his children who were in difficulty in the sea got into trouble himself – and was lost beneath the waves.
As one of those who usually receives the call in the maritime rescue coordination centre, Alex didn’t hesitate and called 999 for help. Once he knew the coastguard volunteers and the local lifeboat were in place, he went into the water with two beach wardens, to rescue the two children and their father.

Despite their efforts and those of the emergency responders, the father sadly died.
Alex remembers it well. He also remembers having to relive the rescue time and again for the police and the subsequent Coroner’s inquest.
Being called to the Coroner’s court brought it all back again for him.
“Being called as a witness to talk about my involvement made me very anxious,” he said.

“This isn’t just about the legal process, this is talking about how you were involved in the final moments of someone’s life and in front of his family. I was shaking with nerves by the time I got to the court and grateful for the support of my line manager who came with me.”

Alex admits that without the support of his close friends and work colleagues, it would have been far more of a struggle.

“If I’d not talked about it with others, I think I would have just gone over and over it in my head which would have been really bad for me. I might have gone to a very dark place which would have taken longer to come out of."

“My advice to everyone is not to bottle it up. It’s so easy to think that because it’s our job and it’s what we’ve been trained for, that it’s a weakness not to admit we’ve been affected by what we’ve seen and heard. It’s also very easy to feel guilty about a death – the question of “Could I have done more?” could easily have dominated my thoughts for months and even years after the event.

“I was so grateful to my close friend from the local lifeboat crew for listening to me for many hours as I talked it through with them. It was a really important part of the recovery process. We always talk about how family and friends matter when things are difficult and mine came through for me time and again. I’m so thankful for them for listening.

“Please. Whatever your situation, don’t try to do it by yourself. Talk to someone, ask for help if you need it. Someone will always make time to listen to you if you’re in trouble. Don’t stay silent.”