A man has today (June 8) been sentenced after making false and malicious calls to HM Coastguard.

Leon Marandola, 20-years-old, has been ordered to carry out 240 hours of unpaid work and given a two-year supervision order. A restriction of liberty order has also been imposed.

Marandola pleaded guilty to making 19 hoax calls during an earlier hearing at Elgin Sherriff Court. The hoax calls were made during a two-month period between June 17 and August 25 2019.

The hoax calls led to HM Coastguard sending out helicopters, Coastguard Rescue Officers and RNLI lifeboats to save lives when in fact no one was in any danger. The cost of these call outs has been estimated to be in the region of £170,000. This figure doesn’t account for the wages of volunteers that may have been lost due to call outs, the HM Coastguard operations room costs or the costs to any merchant or industrial ships that may have been diverted by HM Coastguard to assist in the searches.

But the true cost of Marandola’s actions could have been much worse than monetary and could have cost someone their life.

In May 2019 Marandola had joined the Buckie RNLI team as a volunteer.

Coastal Operations Area Commander Ross Greenhill said: “Hoax calls are taken extremely seriously as they tie up vital life-saving resources and risk taking them away from those who are actually in grave danger which could have serious consequences.

“As in this case, we will always work with the relevant authorities to fully investigate and seek a prosecution if we suspect hoax calls are being made.

“This case stands out because the offender is someone who wanted to work alongside emergency services to help people and prevent loss of life at sea. Each time he made a false report, he put the safety of his fellow volunteers at the RNLI and HM Coastguard at risk and let down his local community.

“We hope the sentencing today makes others think twice before making false calls to any of the emergency services. Putting the lives of members of the public and of emergency services colleagues at risk will never be tolerated.” 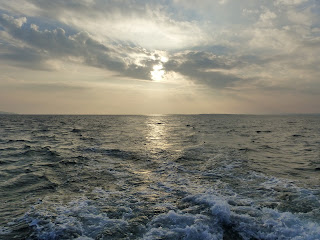