Safety Spotlight - Please don't be a drowning statistic this summer

As the weather warms up, many of us are planning on enjoying some more freedom with friends and family at the coast, please don’t become a drowning statistic this summer.  Did you know? (figures from the Royal Life Saving Society) 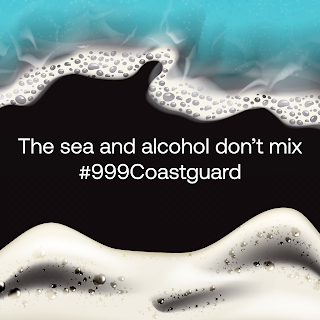 It’s recognised that alcohol can stop you thinking clearly, affect your co-ordination and suppress your natural response to fear and threats. And when that’s combined with an unscheduled or impromptu dip into cold water, tides and currents, it increases the drowning risk.

Just last weekend, teenagers in Liverpool made the news after a prank for social media involving swimming and alcohol went badly wrong.

The girl, a non-swimmer, had gone into the water with a bottle of alcohol and the boy intended to swim out to her, drink the bottle, and then attempt to rescue her. The prank was being filmed by another friend for social media. A 999 call was made and we sent the New Brighton and Crosby Coastguard Rescue Teams and the New Brighton RNLI Inshore Lifeboat. Mersey Fire and Rescue, Mersey Police and the North West Ambulance Service also attended. The boy self recovered and Police threw a line to the female and recovered her from the water.

This time they were lucky and were only taken to hospital as a precaution.

Nicola Davies Maritime Rescue Co-ordination Centre Commander at Milford Haven, one of the Coastguard Operations Centres around the UK, said:

“For a few seconds on social media, these young people risked losing their lives. Every year, we deal with fatal incidents where alcohol is involved.

“Alcohol can impair judgement and affect your co-ordination so it’s easier to slip, trip or fall into the water accidentally. And the water is still cold at this time of year so even the strongest of swimmers run the risk of cold water shock which makes you gasp for breath, potentially taking water into your lungs. We’d ask everyone to take extra care around our coasts this year and to avoid going near the water after drinking alcohol,” she said.

If you do find yourself in the water unexpectedly, Float to Live:

If you see anyone in difficulty around the coast, please call 999 and ask for the Coastguard. We’re on call 24/7.