There’s an age-old saying that ‘Time and tide wait for no man’ and that’s certainly true all year round on our coasts. With some higher than average tides (Spring Tides) this Bank Holiday weekend, combined with some typically Great British weather, it’s especially easy to get caught out if you’re planning a trip to the coast.

Taking a few simple safety precautions can help you, your family and friends enjoy your time at the coast and avoid having to make an emergency 999 call for help this May Day Bank holiday. 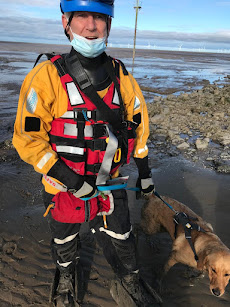 Tides can rise and fall shockingly quickly, cutting people off and leaving them trapped on rocks, causeways or islands. Or even worse is to find yourself in cold, swirling water that’s rising around you and cutting off an escape route to safe ground.

“It’s important to check up on tide times and the general conditions before you set off so you can be prepared and also keep a close eye on your surroundings while you’re at the coast. What can surprise people is that tides don’t always follow a straight line. They can sweep in alongside or behind you, leaving you cut off.

“We’d advise everyone to prepare and stay aware at the coast and take a fully charged mobile phone so you can call us on 999 for help if you get into difficulties. If you’re using your phone a lot and draining the battery while you’re out, an extra precaution is to consider taking a portable power bank as back up,” he said.

Since the beginning of this year we have responded to many incidents around the UK where people were rescued after being cut off by the tide.

In Hunstanton, Norfolk this week, a lady found herself cut off on an island. The surrounding sea was rough, it was cold and it was getting dark. Hunstanton and Wells & Cley Coastguard Rescue Teams were sent and the Wells RNLI lifeboat. Once it became clear that it would be unsafe for the lifeboat to rescue the lady, the search and rescue helicopter from Humberside was sent. She was airlifted to safety, checked over by the East of England Ambulance Service and everyone returned home safely. 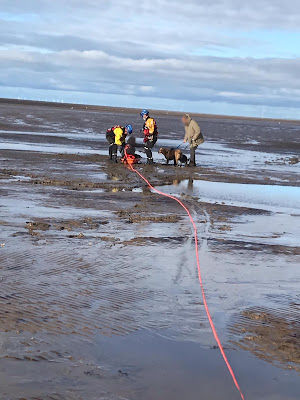 Earlier this year, Wirral and Crosby Coastguard Rescue Teams were sent to help two people and a dog who were stuck in the mud on Leasowe beach. But the tide was coming in fast and there was no time to lose. The RNLI’s hovercraft from Hoylake was sent and after the specialist mud rescue technicians helped the people out, they were taken by the RNLI to a safe place on shore to be reunited with their dog. Although they were wet and cold, happily they needed no medical attention. 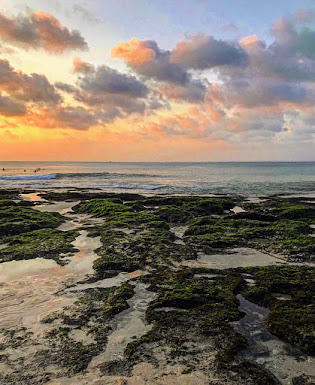