The sea and the coast can be unpredictable and even those who know their local area well can find themselves in grave danger in a split second.

Chrissy suffered serious injuries after she fell 25ft down a cliff just one mile from her home in Cornwall in September 2019. 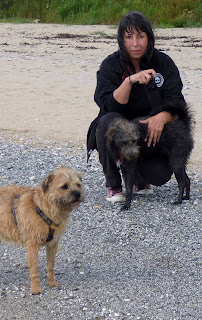 She was out walking with her partner Paul and their two dogs on a narrow cliff path near Cape Cornwall when the noise of a freak wave crashing against the rocks startled one of their dogs. The dog bolted as he reacted in fright and in a freak accident Chrissy lost her footing and fell, disappearing over the cliff edge.

Paul made his way to Chrissy and found her lying unable to move. The couple had left the house that day without a mobile phone and had no way of calling for help.

Luckily Paul managed to flag down two passing walkers who rang 999 and asked for the coastguard. The crew of the Newquay Search and Rescue helicopter arrived on the scene and winched Chrissy to safety.

Chrissy has now fully recovered but spent five days on a critical care ward having broken her neck, her shoulder and a number of ribs as well as sustaining injuries to her head and lung.

Paul said: “We are experienced cliff walkers which goes to show this could happen to anyone. The cliff likely gave way because of recent rain fall and I would urge cliff walkers to carefully check pathways.

“We now always take a fully charged mobile phone with us when we go walking and I often stop to tell others to be careful if I see them taking unnecessary risks such as posing for photographs close to the cliff edge or walking with their dogs not on a lead along cliff paths. We no longer walk on cliff paths that are too close to the edge as it only takes a second to fall over.”

“Our heartfelt thanks goes out to the crew from the search and rescue helicopter and the fabulous surgeon and NHS staff who helped Chrissy after the fall, we will be forever grateful for all they did.” 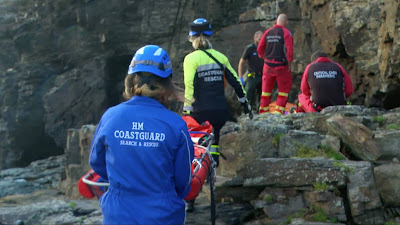 If you’re going to the coast, make sure you check the COVID-19 rules for your area and the area you’re intending to travel to and that you have a way of calling 999 to ask for the Coastguard if something goes wrong. 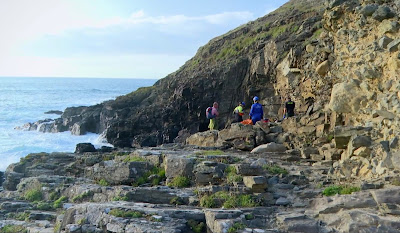