Safety Spotlight – Paddleboarders in a Pickle, Teens in Trouble, In a ‘mud’dle?

In the last week around our coasts, we’ve helped hundreds of people including people in a 'mud'dle, teens in trouble and paddleboarders ‘in a pickle’ when they were caught out by winds and waves.

We've put together this safety spotlight as just a small snapshot of our 24/7 work to help people in difficulties around our coasts, from co-ordinating search and rescues to assisting authorities and our emergency services partners. 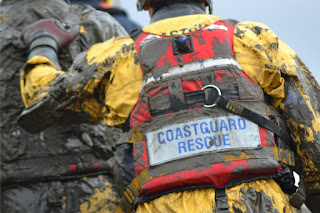 Paddleboarders ‘in a pickle’: Wind and waves. Even the most experienced of paddleboarders can be caught out by fast-changing weather conditions.

Tip: Wear a flotation device and a leash so you don’t become separated from your board, avoid going out when the wind is blowing offshore. Don’t forget to take a fully charged mobile phone in a waterproof pouch.

Paddleboarding is one of the fastest growing watersports and a great way to enjoy the water and keep fit. But it’s so easy to get into trouble, as two people found out in the last week. See how we helped paddleboarder Alfie last summer in the video below.

“We love the coast and we want everyone to enjoy it safely and carefully. Even the most experienced ​of people can find themselves in trouble or get caught out by weather or tide. It is important to remember if you get into difficulty or see someone who is, dial 999 and ask for the coastguard.”

Teens in Trouble: Cut off by the tide. Tides can come in and out shockingly swiftly, often with strong currents and eddies that can sweep people off their feet in seconds.

Tip: Check the tide times before you set off, tell someone where you’re going and take a fully charged mobile phone so you can call 999 and ask us for help. 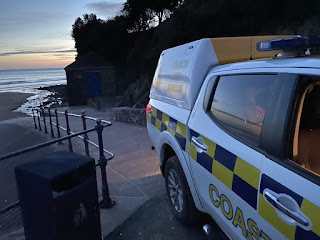 In a ‘mud’dle? : Mud rescues. Around our coasts, mud, soft ground and quicksand can be found and it’s the cause of many incidents. It’s easy to get stuck very quickly. It’s why we have technical teams with special training in mud rescues.

Tip: If you get stuck, try to stay calm, avoid moving and spread your weight as much as possible. And call us on 999. 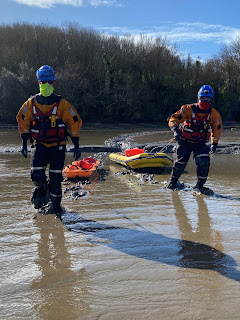 Every day is different

Every day is different – we can be out on the coasts helping people who’ve become cut off by tides, stuck on cliffs or in mud or quicksand, and those generally in trouble on the water or the coastline. Our teams also attend remote locations where our search and rescue helicopters with trained paramedics on board are often the swiftest option to help get people to safety. We also provide extra ‘people power’ for authorities at major incidents.

If you see anyone in difficulties or anything unusual around the coast, please don’t hesitate to let us know. Simply call 999 and ask for the Coastguard.