A long-serving Coastguard Station Officer has been recognised for his lengthy service with Her Majesty’s Coastguard.

Late last year, on Wednesday 9th December 2020, Peter Sproxton, Station Officer of the Shingle Street Coastguard Rescue Team, was the recipient of the ‘Individual Of The Year Award 2019’ for his volunteer work.

Peter received recognition from HM Coastguard staff and volunteers after spending over two decades with the Coastguard Rescue Service.

The award was presented by Maritime and Coastguard Agency Chief Executive, Brian Johnson, at the Felixstowe Coastguard Rescue Station, in line with COVID-19 protocols. 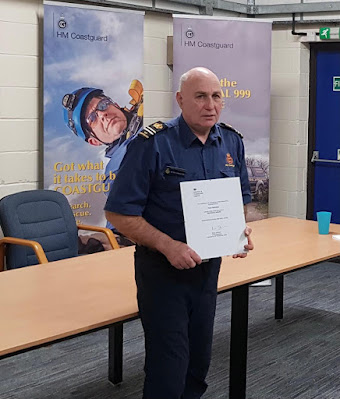