Two coastguards who have clocked up more than 80 years' service between them and a senior member of staff who has dedicated his life to the emergency services have been given awards in the New Year’s Honours.

For Robert Harris, half a century of service in his local community, including the establishment of Polzeath Coastguard Rescue Team where he now serves as Station Officer began when as a 21-year-old, he wanted to give something back to the area where he lives.

He’s attended more than 2,000 incidents, dedicating his life to responding to people in need, training others to his same high standards and often putting call outs before his personal life.

Typically, his response to receiving the award pays tribute to those he has served with and remembers those who have lost loved ones at the coast. 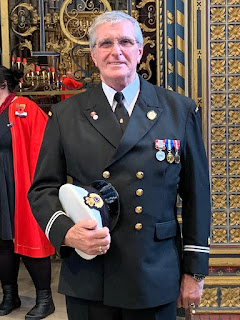 He said: “I feel so honoured and humbled to receive this award of an MBE and grateful to those who nominated me. Whilst this might be my award, it’s important to remember that I am one of a team, both past and present, who dedicate their lives to serving in search and rescue. I am immensely proud to be part of Her Majesty’s Coastguard and that in my fifty years' service, many hundreds of lives have been saved by these dedicated teams of volunteers.

"But I am also mindful of those whose lives who have been lost - and in these turbulent times, a heartfelt message to those families who have been bereft - we do not forget and it’s that also which enables us to continue through sun or storm to save the lives that we do.”

He left in 2002 to join the Maritime and Coastguard Agency where his commitment to maritime safety and search and rescue has been seen at all levels. These include the leadership of operational functions of ship survey and inspections, Human Resource strategy and HM Coastguard search and rescue coordination, including as Regional Director, successfully leading the response operation to a large sea-going ferry stranded on Blackpool beach. 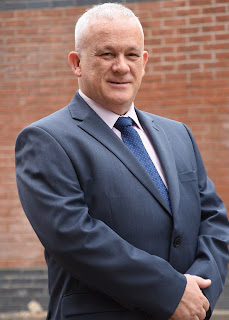 At the same time, Chris has been one of the MCA’s Inclusion Champions and has promoted issues of diversity and equality campaigning  to  increase women joining Her Majesty’s Coastguard and improving female representation at senior levels within the Agency. On his own initiative Chris worked with Stonewall to support vibrant LGBTQ+ initiatives across the MCA and he continues to champion under- represented groups and Networks.

He said: “I am extremely grateful to colleagues and friends who have felt fit to honour me with this award. Throughout my career I have been very fortunate to have been able to work with so many amazing people all of whom have made significant contributions to the operational delivery of public services.”

Coastguard Rescue Officer Ian Brown has been awarded the BEM in recognition of his service with the Swanage Coastguard Rescue Team. Ian has been serving with the team in his local community since 1990. He has been involved in many high-profile incidents where his calm authority has provided support for his teammates and others in often traumatic situations. Ian has also given of his own time to promote maritime safety in the local community and leads his team’s attendance in the annual carnival parade which is another opportunity to engage with the public. 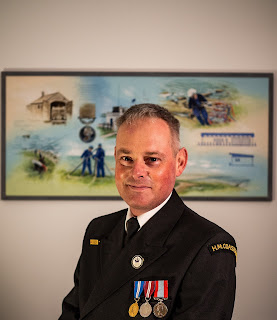 Ian said: “I am extremely proud to receive this award in recognition of my work with the Coastguard Rescue Service during the last 30 years and I feel honoured to represent the organisation in rescue work and in the wider community. This award also reflects the support I receive from my family, friend and some amazing colleagues in HM Coastguard and our partner agencies.”

Chief Executive Brian Johnson said: “We can never thank enough those who go beyond the call of duty, putting the safety and wellbeing of others first. Dedication like this should be rightly recognised and I am so proud that our people have been honoured by Her Majesty.”