Two divers, who were reported as overdue earlier this evening in Martins Haven, Pembrokeshire, have been located by a lifeboat and are safe and well. 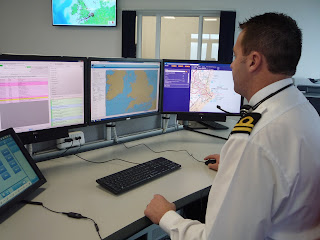 The Coastguard helicopter, 3 RNLI lifeboats from Angle, St Davids and Little Haven, Dale and Broad Haven Coastguard rescue teams and Police began the search for the two divers at approximately 4.45 pm this evening. Two hours later, the male and female divers were located in the sea off Skomer Island, Pembrokeshire. They had become caught in a current and were swept away from the main dive party.

“The two divers were in a dire situation when the lifeboat found them, floating in the sea in the dark off Skomer Island, so we were extremely relieved when they were found. They have now been returned to shore.”