Swimmers escape rip tide at beach on Isle of Lewis

October 18, 2020
HM Coastguard has been coordinating the response after reports were received of people caught in a rip tide at Cliff Beach, Uig, Isle of Lewis earlier today (18 October).
Just after 3pm today, two people were caught in the rip tide but managed to get out by themselves.
Miavaig Coastguard Rescue Teams was sent along with HM Coastguard’s helicopter based at Stornoway. The helicopter took a woman to the airport where she was handed into the care of the ambulance. Stornoway Coastguard Rescue Team was initially required to assist at the helicopter landing site but was stood down.
Coastguards from Miavaig gave advice to the others who were on the beach.
Graham Cay from HM Coastguard said: “Even the strongest swimmer and even the person with good local knowledge can be caught out at the coast, especially by rip tides which can’t easily be seen.
If you get caught in a strong current or rip current try to stay as calm as you can, raise your hand and shout for help. Hold on to your surf or body board if you have one. If you can’t get help, try and swim parallel to the beach until you’re out of trouble then swim to the shore. If you can stand up, wade instead of swimming.” 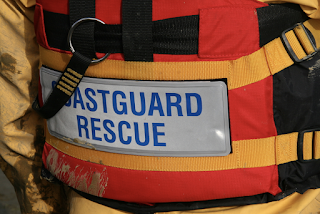