The search has now concluded.

The search for the reported missing crewman from a ferry in the Irish Sea has been ongoing this morning and continues into the afternoon.

The HM Coastguard search and rescue helicopter from Caernarfon, the Coastguard fixed-wing aircraft and Holyhead RNLI lifeboat are assisting in the search.

HM Coastguard has coordinated a wide scale search for a crew man reported missing from a ferry in the Irish Sea. 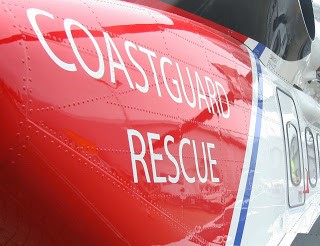 The crew man was last seen between 3.30 and 4pm on Monday 5th October and was found to be missing during the voyage to Holyhead.

HM Coastguard has coordinated a wide scale air and sea search overnight covering over 1,000 square nautical miles with nothing found.  HM Coastguard's fixed wing aircraft and the Coastguard Rescue helicopter from Caernarfon are scheduled to make an overflight of the search area based on the latest calculated search area this morning (Tuesday 6th October).