In the latest ‘Emergency Rescue: Air, Land & Sea’ episode, we saw Angela in need of help after she fell and broke her ankle while out walking her dogs along the coast.

Captain Andrew ‘Windy’ Miller, who has flown search and rescue helicopters for the past 28 years, said:

“On this particular day Angela had been out walking her dog when she tripped and broke her ankle. Although she had her phone on her, she had no signal and had to wait for a passer-by to raise the alarm. When the coastguard rescue teams and paramedics arrived, they realised that it was a rather tricky location. Carrying Angela on a stretcher would have been extremely difficult and dangerous for all involved, that’s why we were called in - we’re able to reach people and extract them from places others can’t.

“We winched Angela onto the aircraft and took her to the top of the cliff to be passed into the care of the paramedics. There was still a long walk to the ambulance across bumpy ground. One of the local wardens had a gaiter, a low bed off road buggy and it was decided that it would be a perfect mode of transport to take her to the ambulance.

“It’s great to hear that Angela is doing well and back out walking her dog, just on more even ground now I'm sure!”

Every time you head out for a coastal walk, always check the weather and tides before you go, wear appropriate footwear, take a fully charged mobile phone and tell someone where you are going and when you plan to be back, just in case like Angela, you get into difficulty and are unable to call for help yourself.

If you’ve missed any of the ‘Emergency Rescue: Air, Land & Sea’ action, don’t worry you can catch up on demand here.

Don’t forget to tune into Sunday’s brand-new episode at 9pm on More4. 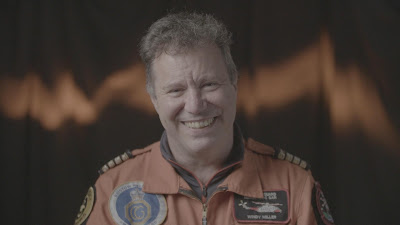