In our first ever episode that aired earlier this month - available on catch up if you haven’t seen it already - our coastguard rescue team from Falmouth came to the aid of a group of holiday makers after the boat they hired became stuck on mud flats at Restronguet.

The Falmouth team were joined by TV cameras as they responded to the call for help last summer and carried out a specialist mud rescue, bringing the four stranded people and their dog safely back to shore.

Station Officer Mark Rosevear, who’s been a coastguard for the last 19 years, said:

“It took some getting used to having the film crew with us, but when the pagers go off, you do just go into coastguard mode and it’s business as usual.

“It was a good opportunity to be able to show people what we do and what we train for. Taking part in the programme was also a great way of reminding people to take care in and near the sea.” 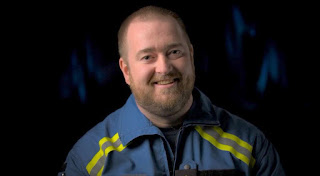 If you’re hiring a boat, make sure you listen to the safety advice given before your trip and make sure you check tide times before you set off. If your boat does become stuck, don’t attempt to leave, and call 999 and ask for the Coastguard.

If you become stuck in mud make sure you stay calm, try and spread your weight as much as possible and avoid moving.

Anybody trapped should also discourage other well-meaning members of the public from attempting to rescue them because without the proper equipment they could become stuck too.

Start the series and catch up on episode one and two here.

Don’t forget this week’s brand new episode on Sunday at 9pm on More4.