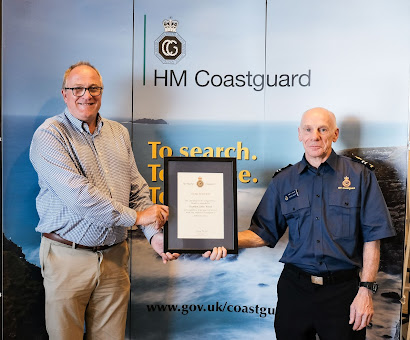 Forty years saving lives and volunteering as a coastguard and still enjoying every minute.

Steve Wood is the station officer for Cleethorpes Coastguard Rescue Team and was due to be awarded his 40-year service medal clasp in April.

The celebration of his milestone achievement was delayed due to the coronavirus pandemic but after a short wait he was presented with the clasp on August 12 by Brian Johnson, Chief Executive of the Maritime and Coastguard Agency and Pete Mizen, Chief Coastguard.

When asked about his achievement Steve said: “The secret to a long career volunteering as a coastguard is supportive family and friends who understand my passion and a great team around you. It’s a cliché but it really is a team effort.”

Last year was the busiest year he had experienced with the team who were called upon 165 times. This year is set to be even busier with HM Coastguard seeing the busiest day on record since 2014 on Saturday August 8.

Steve began his coastguard career in 1980. He had always had an interest in everything sea related and enjoyed a bit of boating.

At that time there was no station in Cleethorpes but a portacabin was on the way and the person in charge asked Steve if he would be interested in joining the team. Steve says of this moment: “All my Christmases had come at once.”

Looking back to 1980 Steve fondly recalls that the role was mainly watchkeeping from the station in bad weather and looking out to sea with binoculars for boats in distress.

Steve said: “At that time we only had one radio for the team, an old Landrover and a couple of torches. We watched out for red flares being fired into the sky but flares are now very much a last resort. There are so many other ways of vessels alerting us to their distress.

“Technological advances and much improved equipment means that the work of the coastguard is now a million miles away from where it was when I started. 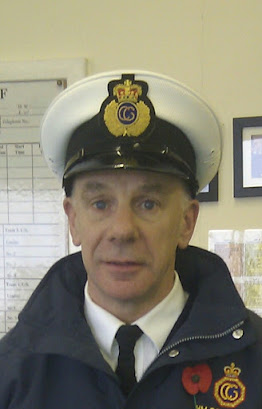 “I love every minute of volunteering as a coastguard. If you cut me in half there will always be a coastguard in there. I am 61 now and the day I do finally hang up the coat I’ll really miss it.”

Matthew Atkinson Area Commander for Yorkshire & Lincolnshire said “We thank Steve and all our Coastguard Rescue Officers for their continued professionalism and dedication to saving lives and helping people in need along our beautiful coastline. Unfortunately, many of the call outs they attend can be prevented, so please help them by following safety advice. If you do see someone in difficultly on the coast remember to dial 999 and ask for the Coastguard.”