HM Coastguard's specialist rope rescue teams were called in just before 9am on Friday (21 August) to help the Scottish Ambulance and the Fire and Rescue service at a remote location in Scotland where a man had fallen around 30ft down a steep, difficult-to-access gorge and onto the riverbed below. 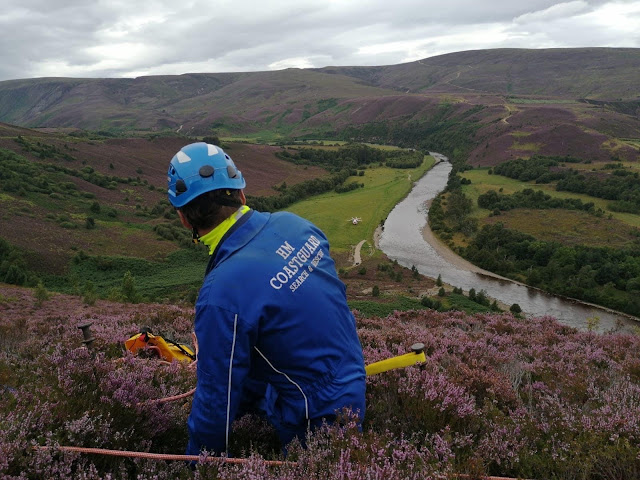 Coastguard Rescue Teams with specialist expertise in rope rescues were sent from Burghead, Inverness and Nairn, together with a Senior Coastal Operations Officer to the scene on the river Findhorn. And they played an important role in a challenging multi-agency rescue. One of the Coastguard Rescue helicopters from Inverness was also dispatched with a winchman paramedic on board and emergency services partners from Scottish Ambulance and Scottish Fire and Rescue were at the scene.

Until the early afternoon, the teams worked closely together in the difficult circumstances and isolated location to find the safest and most efficient means of getting the man to safety.  The added problem was intermittent or zero mobile phone signals. 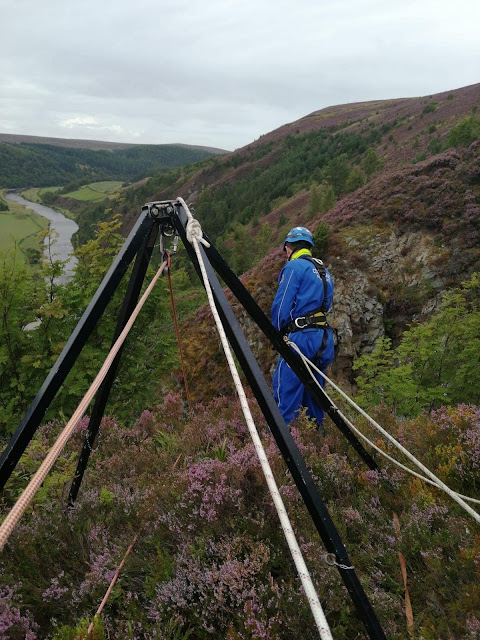 The Coastguard’s rope rescue team established a complex rope set up which allowed them to lower the rope technician together with a nurse practitioner to the riverbed to provide additional immediate trauma care. Then the casualty was lifted safely to the top of the gorge, with the assistance of the fire service team.  On reaching the top, the ambulance teams took over his care and he was airlifted to hospital.

A colleague of the casualty who was uninjured had also managed to access the location to provide help and support. He was also later helped back up the gorge to safety, together with four working dogs.

Craig Masson, Maritime Operations Officer at Aberdeen Coastguard Operations Centre, one of 11 bases around the UK from which rescues are co-ordinated said:

"This really was a highly challenging rescue for everyone involved. Our teams around the country are skilled and trained to the highest standards including technical specialisms such as rope rescues. Although our work is predominantly around our coasts, our skills are often called in to assist other emergency services and authorities. This is a prime example of the way we all pull together with one single goal and that's getting people to safety in the most safe and efficient way. All the teams did a fantastic job and our wishes are now with the man and his family for a speedy recovery." 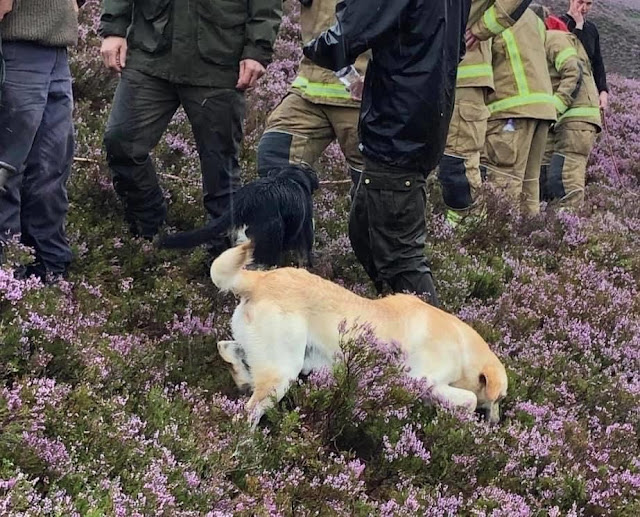 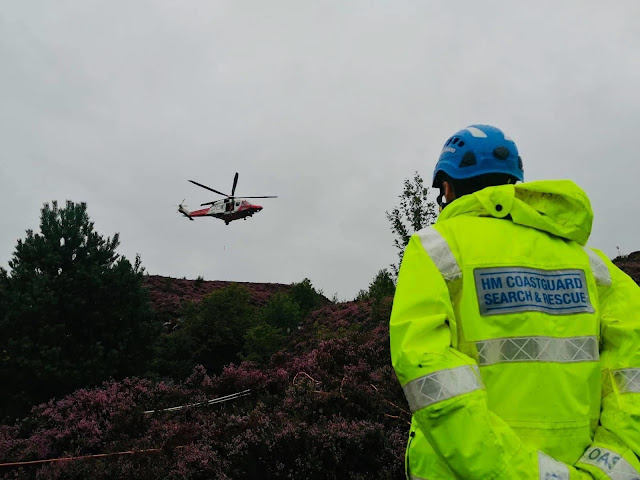