August 02, 2020
Holyhead Coastguard Operations Centre has been dealing with multiple search and rescue incidents on the Welsh Coast today. 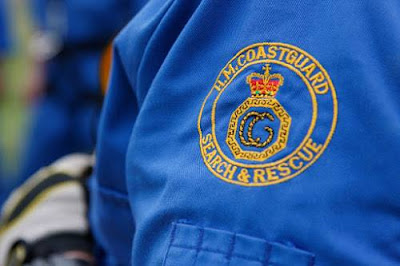 At 1.31pm HM Coastguard received a 999 call reporting people in the water off Barmouth and sent Barmouth Coastguard Rescue Team, Barmouth RNLI lifeboat and HM Coastguard's fixed wing aircraft. Barmouth Harbour Master and the Coastguard rescue helicopter and Helimed also attended. A male casualty was recovered from the water and transferred to hospital in a serious condition.
A second incident at Hells Mouth involved three people in the water and Abersoch Coastguard Rescue Team and Abersoch RNLI lifeboat attended to give medical care on scene to the casualties who were suffering with suspected hypothermia.
At 2.45pm HM Coastguard was alerted to another incident with a report of three people in the water at Aberdovy.  Aberdovy Coastguard Rescue Team and Aberdovy RNLI lifeboat attended and an adult male was recovered from the water, given medical care on scene and transferred by Helimed to hospital.
HM Coastguard urges all coastal visitors to take extra care when visiting the coast.  Learn how to keep you and your family safe at www.coastguardsafety.campaign.gov.uk and for an emergency at the coast call 999 and ask for the Coastguard.