HM Coastguard plea after dealing with record-breaking number of incidents

HM Coastguard dealt with more than 300 incidents yesterday – the most in one day for more than four years.

The total number of incidents for the whole of the UK were 329, with 232 callouts for coastguard rescue teams. Lifeboats – both RNLI and independent were called out 129 times, aircraft were sent out 22 times and hovercraft, three.

There was a high number of incidents involving people cut off by the tide and reports of missing children, as well as swimmers and paddleboarders getting into difficulty.

Call outs were heaviest in England, along the east and south coast and the north west. The area around Liverpool and the Wirral saw the most reported incidents at 26. The coast along Essex and Kent saw a total of 45 incidents and the coastline between Flamborough and Cromer, 22.

Julie-Anne Wood, Duty Operations Director for HM Coastguard said: ‘Yesterday was a beautiful day weather wise in much of the UK. It was less beautiful a day for those who got themselves into trouble and had to be rescued. Some people will remember 31st July for all the wrong reasons.

‘We completely understand that people want to enjoy the coast. We also know that even the most experienced swimmer, paddleboarder and walker can be caught out by currents and tides respectively. We’re heading into some more good weather and we would really ask you to check and double check the tide times – put a timer warning on a smartphone to remind you -  be aware of things like rip currents, and make sure you have a means of contacting us if things do go wrong.

‘As the figures show, we’ll always respond when someone calls 999 and asks for the Coastguard, we’ll always answer distress on VHF  and we’ll always do everything we can to rescue those in need. All we ask in return is that you take extra care at the coast – it can be unmerciful to the unwary and even to those who know it well.’ 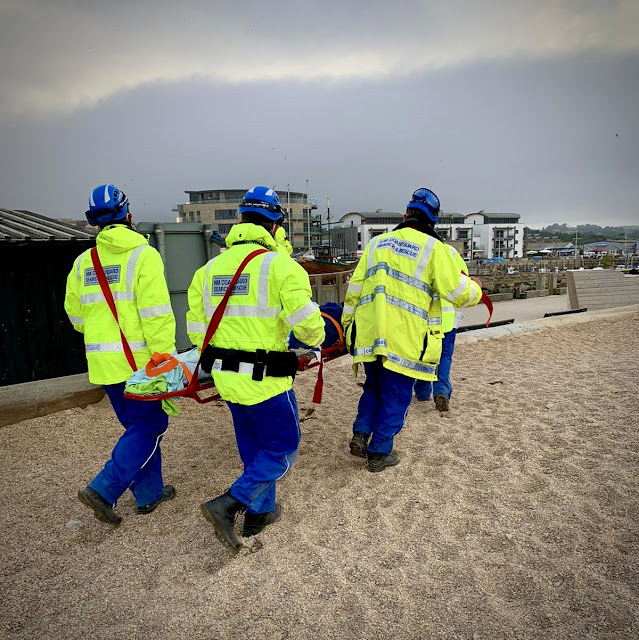