Celebrating the women who are flying high 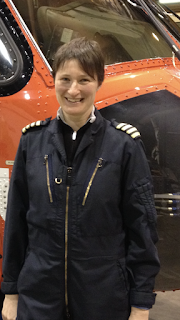 Celebrating the women who are flying high - today marks two years since the Women in Aviation and Aerospace Charter was launched, working towards gender equality in what have traditionally been  male-dominated industries.

There are plenty of inspirational female role models whose careers have soared within the search and rescue field. Liz Forsyth, chief pilot at the Humberside base is just one of them.

Liz said: “There are no barriers to women becoming air crew. I’ve always wanted to be a pilot and joined the university air squadron. From there I joined the RAF and was lucky enough to go straight into a search and rescue role, later training search and rescue pilots at RAF Valley.

“When I left the airforce in 2007 I served in Stornoway on a coastguard contract, and became chief pilot at the Humberside base when Bristow won the contract to deliver search and rescue operations in 2013. 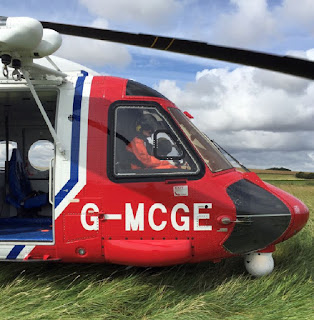 “It’s a very mixed job, ensuring that flying standards are maintained, liaising with stakeholders, looking after the welfare of personnel, managing the base and having an overview of the technical side of things.

“It’s primarily a flying role though, which has always been my passion.

“I’d love to see more women in the industry and it’s great that we are starting to see more of a balance.”