June 07, 2020
HM Coastguard has praised two 16-year-olds who gave invaluable help as part of a rescue at Itchenor in Chichester Harbour today (7 June).
Around 12.30pm, a man was seen unconscious in the water after his boat was believed to have capsized.
One of the teenagers called 999 and asked for the Coastguard staying calm under pressure, giving the right information so that the correct assets could be sent.
The other jumped into the water with an extra lifejacket which he got underneath the man in the water to support him until further help arrived.
Hayling Island and Selsey Coastguard Rescue Teams, Chichester Harbour Patrol, HM Coastguard’s helicopter from Lee-on-Solent and South Central ambulance were sent. 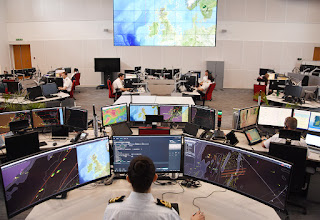 By the time the man in the water was returned back to shore he was conscious.
Duty controller for HM Coastguard Dai Jones said: ‘There is no doubt in my mind that these two lads kept their heads and did exactly the right thing in their respective situations. 'Knowing to call 999 and ask for the Coastguard and knowing exactly what to say to help us with the search and rescue saves vital moments in life and death situations.
'The other lad did exactly the right thing too, safely giving aid to make sure the man in the water stood the best chance of survival.’
The man was passed into the care of South Central Ambulance.