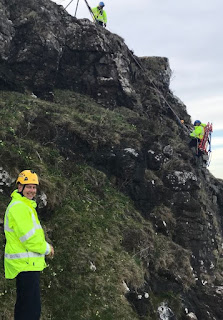 For Matt Stickels, talking things through with a therapist proved to be a huge turning point in coming to terms with a particularly traumatic incident.

Talking was what helped him to recognise and come to terms with the post traumatic stress disorder (PTSD) he had been living with for years.

He said: “Over the years you get called to so many incidents that they do almost blend into each other, but there are some that you carry with you. In relation to one in particular, I felt a huge amount of responsibility.

“Following the incident I just carried on, but what I now recognise as PTSD was affecting every area of my life – my relationships, my sleep, my work and my wellbeing. Its important to realise that PTSD can creep up on you from an incident that happened years and years ago, you don’t just get it immediately after an incident.

“Last summer was a tipping point – things were stressful with building work at home, there were lots of things going on and I felt completely overwhelmed. I asked for help.”

Matt was referred to an employee assistance programme (EAP) consultation who arranged for a course of Cognitive Behavioural Therapy (CBT) .

He said: “I had 12 weeks of therapy through an organization called iTalk. At first, I couldn’t see the point and honestly, I found it very frustrating. 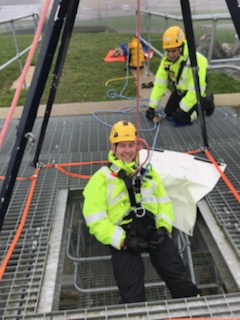 “But about six weeks in, the therapist said something that made everything just click into place.

“She made me realise, through something as simple as a pie chart, that I wasn’t responsible for what had happened that day. It was an immediate relief, like a weight had been lifted.

“I’ll be moving back into a new frontline role later this year and I know that there will be things that will be challenging. But now I’m more equipped to deal with things and to recognise when things are getting on top of me. For me, fitness is key.

“I’ve lost two stone since last summer but far more importantly getting active has helped me mentally no end. I’m also really lucky that I have incredibly supportive Partner, family, friends and colleagues around me.

“I would advise anyone that the best thing you can do is to talk, it doesn’t matter who that’s to. The MCA provided the support that I needed and it’s important that you reach out for help as soon as you think you need it, and we need look after each other.

“If you think someone you know may be struggling, start the conversation.”