The UK Aeronautical Rescue Coordination Centre (ARCC) is today celebrating its first birthday – despite having been in operation for four years.

The ARCC went live on the last leap year, on February 29, 2016. Since then the centre, which coordinates the aeronautical side of search and rescue, including sending search and rescue aircraft to emergencies around the UK, have received almost 12,000 requests for support. 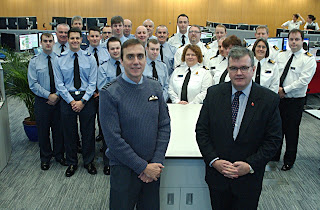 From saving lives during the Beast from the East and having a baby delivered mid-flight, to working internationally to evacuate over a hundred workers from oil rigs, it’s been a busy few years for the 34 dedicated staff who man the centre.

The operational watchkeeping staff come from varied backgrounds, both military and civilian, some of whom worked at the ARCC when the function passed from the Royal Air Force to HM Coastguard four years ago.

The centre responds to requests for support from all emergency services – police, ambulance service, fire service and, of course, HM Coastguard, in addition to Air Traffic Control Units and the military. 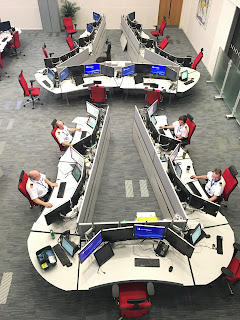 By sending aircraft, in particular the most appropriate helicopter from one of the 10 Coastguard search and rescue helicopter bases around the UK, the team works to clear and manage airspace, keep the airspace safe, manage diversions and refuels and get people in need to where they most need to be.

This could be anything from searching for someone in trouble in the water, the medical transfer of a seriously ill person, saving someone from a flooded property, an avalanche in the mountains or getting to the scene of a remote road traffic incident.

The range of incidents either directly supported or indirectly, by transferring specialist teams or equipment, is endless. Even without sending an aircraft, the UK ARCC support other services with airspace management and respond with tactical advisors to various events UK wide.

The ARCC is also called upon to by other emergency services to locate lost or missing aircraft and to tap into the UK’s Air Traffic Management Network, requiring a phenomenal level of aeronautical expertise. 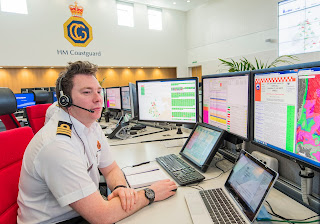 Since its inception, the UK ARCC has received two awards, from the Operation Delivery Profession and a Civil Service Team Award.

Aeronautical Operations Controller Ashley Rawson said: “It’s a real honour to be part of the ARCC. The old Latin saying “continuus conatus inferno”, which is displayed on the RAF Kinloss crest, is as evident now as it was then.  The ARCC demonstrates this through its tenacity to never give up and to absorb new technology and methods.”