Ghani, who visited the National Oceanography Centre in Southampton on Tuesday 28th January as part of her tour of port cities on the south coast, took part in a discussion following a 30-minute presentation by MARLab which outlined how their work is focused on achieving the aims of Maritime 2050.


A demonstration of the MARLab portal, built by MariTrace and overseen by SOLIS Marine Consultants, showed how a sample of government data has been made available to support the autonomous shipping industry.


The Cabinet Office’s Policy Lab also stated that new techniques were being used to test the proposals, which in turn will see the creation of new regulations.


Dr Katrina Kemp, Smart Ships and Automation Policy Officer at MARLab, said: “This was a great opportunity for the whole MARLab team to present the results of their hard work and show off some of the innovative approaches we are exploring.


"There is still lots to do as autonomous ships develop and, I’m pleased the Minister encouraged MARLab to continue working at pace." 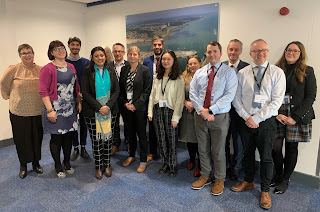