December 16, 2019
The loss of an aircrew involved in a daring mission over Nazi-occupied Europe during World War II were commemorated yesterday (Sunday 15th December) to mark the 75th anniversary of the tragedy.

All ten crew members of a US liberator bomber, nicknamed 'The Jigs Up', were forced to flee the aircraft due to lack of fuel and engine trouble while the plane attempted to land in atrocious weather conditions at RAF Valley in Anglesey in 1944. 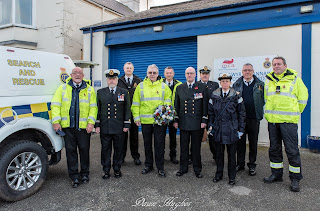 Eight of the 10 airmen on-board died after parachuting out of the aircraft in complete darkness.

They had hoped to land near the North Stack Lighthouse, off the north-west coast of Anglesey, but sadly ⁠– the men landed in the sea and had no flotation devices or life-jackets with them.

The pilot and co-pilot on-board were able to leave the aircraft before it crashed, next to the shoreline.

Holyhead Coastguard Rescue Team were joined by Rhoscolyn and Cemaes Bay teams in the search for the missing men, which lasted three days and nights.

Incredibly, the pilot and co-pilot survived and were rescued. 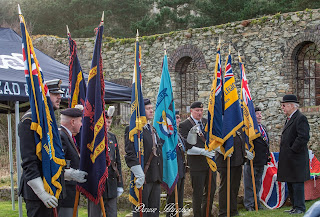 Coastguards from Holyhead, Cemaes Bay and Rhoscolyn made the arduous trek over Holyhead mountain to North Stack fog station – the exact spot in which the B-24 Liberator went down. Biodegradable poppies were scattered at the site.

The teams were joined by various dignitaries, including Lieutenant Colonel Thomas ‘Shack’ Graham, from the United States Embassy, on the day of remembrance. 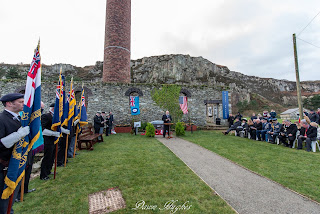