November 23, 2019
At 9.08pm Friday 22nd November, HM Coastguard in the UK received a call from the Australian maritime authority, (JRCC Australia), who had in turn received a HF DSC Distress alert from what initially appeared to be a UK registered vessel named Asia. 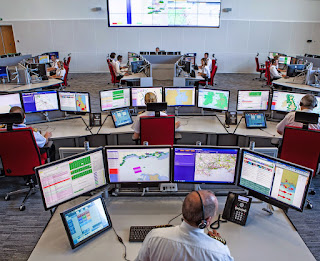 Investigations started by searching all relevant databases for contact details for the vessel but the vessel was not found to be on the UK Register.  Coastguard coordinators in the UK are able to monitor beacon alerts globally and had noticed that a US registered EPIRB, (Emergency Position Indicating Radio Beacon) had been activated in approximately the same area as the HF DSC Distress.

The UK Coastguard had made contact with the skippers wife to confirm the HEXID number on the beacon that was carried on board the vessel.  She confirmed that this was attributed to the Malaysian registered sailing vessel Asia, which was on passage to Thailand with four people on board, including two British citizens and contact was then made with the Malaysian authorities, to inform them of the incident for their coordination.

At 5am this morning, following extensive investigation work by the UK Coastguard, contact was made with the skipper who confirmed that the vessel had sunk off Indonesia after hitting an object in the water, but all four crew had managed to get on board the RHIB tender they were carrying.  They discovered that they were 55 nautical miles north of an island off Indonesia and they started to head towards the nearest point of land.  They were met by Marine Police at Bima and the crew are safe and well and receiving assistance.

The UK Coastguard would like to remind all commercial & pleasure vessel skippers, that if you change any details of registry, to inform the new country of registry and the old, this will help to determine your location and ensure your safety more quickly and to ensure a response to your situation is carried swiftly.  Contact the UK Beacon Register at gov.uk/406beacon  or ukbeacons@mcga.gov.uk

"We are relieved to hear that the crew are now safely ashore.  This incident demonstrated good international working between the UK Maritime Rescue Coordination Centre, JRCC Australia, JRCC Jakarta, USA Mission Control Centre and the UK Foreign and Commonwealth Office."