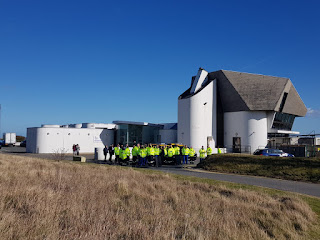 Our teams are starring on TV tonight ! Don’t miss BBC One’s Masterchef at 9pm (Monday 30 September) to find out more.

After four weeks of intense competition, it’s the first of the semi-finals, with the eight best cooks remaining. 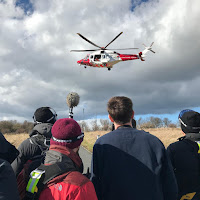 Tonight’s show kicks off with the celebrities’ toughest challenge so far. They battle gale-force winds as they cook in tents perched high on top of the iconic white cliffs of Dover.

They need to defy the elements to serve up a feast for Her Majesty’s Coastguard and the 120 staff and volunteers who are responsible for keeping one of the world’s busiest shipping lanes safe. Split into two teams, it’s a race against the clock as the celebrities must design and create four mouth-watering dishes each (a meat, fish and vegetarian dish and a desert).

Then it’s back to the MasterChef kitchen, where they face an Invention Test, using leftover ingredients from the last challenge. At the end of this challenge, two more celebrities will be going home.

During filming, our press teams were on hand to help with the filming and able to grab some pictures. Below is Kaimes Beasley, Maritime Operations Controller who was among those interviewed for the popular TV show. 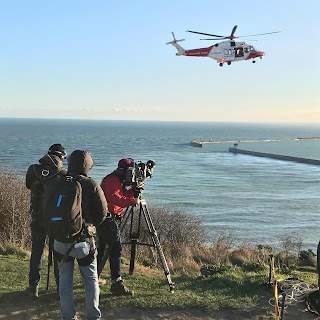 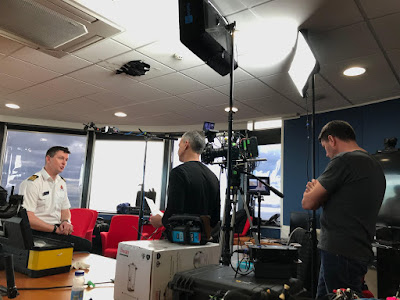