June 30, 2019
At 11am on Sunday 30th June, HM Coastguard received multiple 999 and MAYDAY calls from people concerned about an unconscious skipper at the helm of a small day boat.  The boat was still under power and the man was seen hanging over the side with his head in the water. 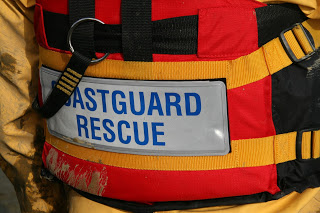 Fortunately, other vessels in the vicinity responded quickly to the MAYDAY relay on VHF radio and another boater was able to catch up with the vessel and pull the kill cord out to stop the engine.   The man was recovered to the Falmouth RNLI lifeboat and then transferred to hospital by the Coastguard rescue helicopter.

Matt Rogers who was coordinating the incident at Falmouth Coastguard Operations Centre said,

"HM Coastguard received multiple 999 calls from members of the public and nearby vessels who were also using VHF correctly as a means of calling for help and getting a response quickly.  This helps us to get the right rescue units to the right place.  The skipper in this boat was wearing a kill cord and if he had fallen out of the boat and into the water, the engine would have been stopped.  We hope the gentleman involved can make a good recovery."

The kill cord as the name suggests, is designed to kill your engine in the event of you going overboard. All owners and drivers of open powerboats, personal watercraft and RIBs should ensure that if their boat is fitted with a kill switch and kill cord, it is correctly used. On a powerboat the kill cord should be attached securely around the thigh and on a personal watercraft it should be attached to the buoyancy aid. Attach your kill cord before the engine is started, but certainly before the boat is put in gear where safe to do so. Stop the engine before transferring the kill cord to another driver.