Skipper rescued off Salcombe, Devon 'had done all the right things'

May 01, 2019
A skipper who was rescued after his boat caught on fire has been praised by HM Coastguard for having all the right equipment and doing all the right things.
Joe Dudley ran into difficulty when his fishing vessel Peace N Plenty had a fire on board six miles off Salcombe just before 6.30pm last night (30 April). He called HM Coastguard reporting the problem and said he had abandoned to a life raft with a handheld VHF radio and EPIRB (emergency position-indicating radio beacon).
Both RNLI lifeboats from Salcombe were tasked and the skipper brought back to shore. Navigational warnings were issued for the abandoned vessel but the fire has now burned out and the boat is being towed back to harbour at Brixham. It will be inspected by a Maritime & Coastguard Agency surveyor.
Joe Dudley has recently completed a sea survival course. He said: ‘It’s incredible when you realise the things that you don’t think you’ve absorbed have actually gone in and you do all the safety things you need to.
‘I’d say to anyone thinking about doing a sea survival course to do it and to listen seriously because it could save your life.’ 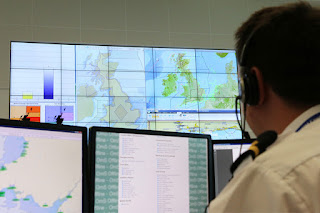 Tago Mcleod, from HM Coastguard based at Falmouth said: ‘This was a man who did everything right from the moment he realised he had a problem. He had a fully registered EPIRB which he activated right away, he was wearing a lifejacket and made ready his lifeboat. The EPIRB helped us establish his position to within a few metres. At the same time he called a family member who then was able to liaise with us.
‘We are always on hand in an emergency to rescue people who have called us on their VHF radio or calling 999 and asking for the Coastguard, but this was someone who had understood the need to take responsibility for his own safety and did everything right to make the job of finding him easier.’


The Maritime & Coastguard Agency’s counter pollution team has also been involved from a salvage perspective to oversee the vessel’s safe retrieval.