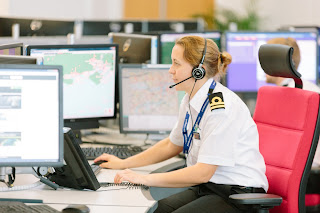 Four teenagers have been rescued from the sea off Godrevy this afternoon (21st April) after becoming stuck in a rip.

The Coastguard received multiple 999 calls at 15.40 reporting two separate incidents involving the four teenagers. The Portreath Coastguard Rescue Team,  St Ives RNLI Lifeboat, the Coastguard Helicopter and an air ambulance all went to the scene and joined the beach lifeguards, who were able to recover two of the teenagers from the water on their jetski. The other two young people were brought to shore by members of the public. One of the four was taken by ambulance to hospital. The rescue resources carried out a thorough search of the area to ensure that no-one else had been caught in the rip.

If you do get stuck in a rip don’t try and swim against the current, stand and wade if you can or swim parallel to the shore, then head towards the beach. Put your hand up and shout for help.”