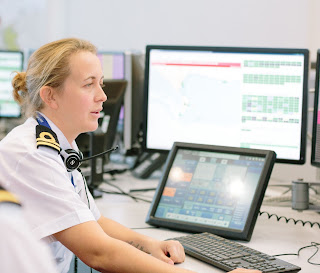 A fisherman has narrowly escaped with his life after falling overboard from his single-handed fishing vessel earlier this afternoon.

It is believed the fisherman, who was not wearing a lifejacket, was hauling his whelk-pots when his pots got snagged.  While attempting to free the pots, he then went overboard and he was dragged behind his vessel restrained by a rope.

Another fishing vessel, who happened to be nearby, saw the fisherman was in trouble and came to his aid.  The crew  managed to recover the fisherman onto the deck of his vessel.

HM Coastguard sent Brighton RNLI lifeboat to assist and they brought the fisherman back to the marina to meet a waiting ambulance.  We wish him a speedy recovery.

Speaking after the incident a spokesperson for HM Coastguard said: “This fisherman is incredibly lucky.  He was lucky that it was a good day and he had another vessel following close behind him that saw him in trouble.  A lot of the time we see the tragic, raw end working with the fishing community, especially when fishermen don’t wear lifejackets.  He’s had a lucky escape, not having a lifejacket, to stay above water for even this short period of time.  The lucky part is that he didn’t get hurt as he fell overboard.  If he had hit his head, the outcome might not have been the same.  Thankfully, in this instance, he had tied a rope around his waist to his vessel whilst trying to unsnag his pots - it's this action which ultimately helped him stay nearby his vessel when he went overboard.

"We take this opportunity to urge all fishermen to wear a lifejacket whenever they go out on the water.  Wearing a lifejacket with a Personal Locator Beacon (PLB) attached to it means we have your exact location if you get into distress."