The skipper of the yacht ‘C’est la Vie’ has just reported that he has heard the broadcast action being made by HM Coastguard and that he is safe and well 25 miles south west of the Isles of Scilly. 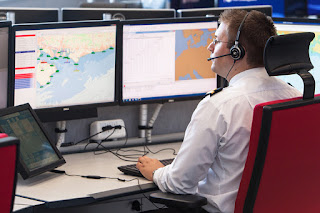 The sailor had been reported as overdue by his shore contact and the French and British Coastguard had been trying to reach him since. Due to the weather conditions, he had to tack further to the west and it had therefore taken much longer than he had hoped to reach the Scillies. He had been out of radio contact range and without a mobile signal for quite some time but as soon as he sailed closer to land he heard the broadcast and contacted the Coastguard.

“We were concerned for the skipper’s safety and so we’re really pleased that he has been in contact to tell us that he is safe and well. Being able to broadcast continuously can pay dividends and in this case it really helped us to locate him. We had worked out that the sailor could be somewhere around the Isles of Scilly by considering the weather conditions and what passage he would have been likely to take. It really was a case of putting ourselves in the skipper’s shoes.

“C’est La Vie is due to arrive into Falmouth tomorrow afternoon.