December 14, 2018
Two people have been rescued after their Personal Locator Beacon alerted HM Coastguard to the fact their yacht was in trouble off the Solomon Islands.
The Coastguard received the alert from the British-flagged vessel just after 9pm last night (13 December) from a position within Solomon Sea, about 20 miles south of San Jorge Island.
In turn, HM Coastguard contacted the Maritime Rescue Control Centre at Honiara and the authorities there began the search and rescue. A passing merchant vessel picked up two people, safe and well at around 4am (14 December). It is expected to arrive at Honiara around 8am tomorrow (15 December).
HM Coastguard remains in close contact with the MRCC in Honiara who are currently liaising with the merchant vessel to keep in touch with who the two rescued people – a man and a woman - are. 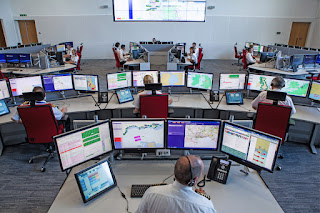 Aimee Rampton, duty controller for HM Coastguard said: ‘This incident shows the importance of having a Personal Locator Beacon. With it, we were able to pinpoint exactly where the stricken yacht was and able to get in touch with the right search and rescue authorities quickly which speeds up the process of rescue by vital minutes and hours.


‘It also shows how well international search and rescue authorities work together in these situations which again saves time which matters so much when lives are potentially at stake.’