December 29, 2018
Maritime & Coastguard Agency senior surveyor Colum Leggett has been awarded the BEM for his services to safety and welfare of seafarers in the New Year’s Honours. He's one of three MCA people to be honoured.
Colum, who has worked in maritime all his life, is currently based at the Maritime & Coastguard Agency’s Liverpool Marine Office.
He first went to sea as a cadet in 1971 with Shaw Savill Line of London and continued until 1992 when he joined what was then the Surveyor General’s Office of the Department of Transport at Glasgow Marine Office. 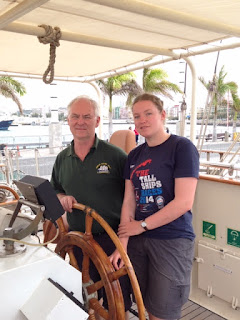 Colum returned to sea in 1998 and 2001 and in between those times worked for the Government of the Bahamas in Nassau as a ship inspector.
He came to the Liverpool Marine Office in 2001 which had, by then, become part of the Maritime & Coastguard Agency. He was Area Operations Manager there from 2005 until 2015 when he partially retired.
Colum has been committed to helping seafarers in a voluntary capacity. Since 2001, he has been a volunteer driver at Liverpool Seafarers Centre. Before that and throughout his career, he has been a volunteer with several sail training organisations, most recently the Jubilee Sailing Trust.
He said: ‘These volunteer experiences have helped me to keep grounded with people within the industry.’
‘I am overwhelmed to be recognised for my work regarding the safety and welfare of seafarers. It has been my pleasure to work with so many dedicated people, past and present, within the MCA. I hope my presence in the volunteer sector has shown to people both my and the MCA’s commitment to do our best for all seafarers. It has been my pleasure and honour to do so in my home city of Liverpool.’

HM Coastguard Area Commander Jonathan Hart says he’s delighted to receive an OBE for his voluntary work with Lochaber Mountain Rescue Team in Scotland. Jonathan has served with the MRT for more than 20 years and that role has seen him travel across the world, specialising in avalanche rescue and technical rope rescue techniques.
He says that the support from the Maritime & Coastguard Agency for all employees who want to take on voluntary roles really matters. 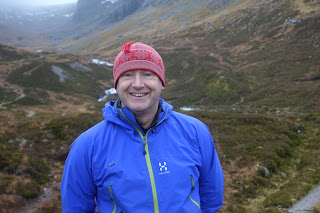 Jonathan said: ‘As an employer HM Coastguard, the search and rescue arm of the Maritime & Coastguard Agency supports voluntary activity outside of the agency. This is vitally important for any volunteer search and rescue organisation, regardless of whether its mountain rescue, coastguard, RNLI or any other.
‘I have seen over the years significant changes in the culture of volunteering and the vital importance of supportive employers having the flexibility to release employees to attend in a voluntary capacity.   HM Coastguard has a significant role to play in demonstrating these values and of being a beacon of best practice setting a high standard for other employers to emulate in allowing their staff time to volunteer in their community.’
And he says that the voluntary work he does benefits his daytime staff role as an Area Commander responsible for 18 HM Coastguard search and rescue teams, who are all made up of volunteers.
Jonathan added: ‘I know what it’s like to be a local community volunteer, including the lows, as well as the highs so I can really empathise with all 180 volunteers and can use my experience to help them. The experience I’ve gained in attending very challenging and difficult rescues, as well as a major land and maritime-based incidents helps me to mitigate the impact of these events on our volunteers, staff and the members of the communities we serve, especially when there is the potential for consequences to mental health.’
His reaction to receiving the award is one of sheer delight but his response is typical of all those who volunteer, a reminder of the other support that really matters.
He said: ‘I need to thank my partner Emma for supporting me throughout the whole journey. In addition, no individual award can be made without recognising that any major search and rescue is a team effort. For that reason, I need to recognise and thank my Lochaber Mountain Rescue Team colleagues for being always there for people in distress in the mountains on the West Coast of Scotland and for whom I receive this award on behalf of.’

Alistair Livingston, who serves with Tobermory Coastguard Rescue Team has also been honoured with a BEM.
Described as a cornerstone of the Team, he has been volunteering for more than 43 years and tirelessly promotes the work of HM Coastguard throughout the Isle of Mull. A well-loved figure in the community he serves in, Alick as he is known, works hard to keep Tobermory clean in his role as the town road sweeper, refusing a mechanised sweeper to do the hard work himself with a brush and barrow.
On New Year’s Day, for example, he will be the first out to clean up the town after the night’s celebrations. And, he’s also the man who keeps the town on time, resetting the Tobermory clock at least twice a year.
If lifesaving and public service were not enough, Alick has given a huge amount of his free time over the decades to support the Mull Highland Games, sitting on the Games Committee and running the heavy field events on the day itself. He has been ensuring the smooth running of the Highland Games for over 30 years now and does this on an entirely voluntary basis.  The Games recently recognised the contribution Alick has made over the years in a presentation at the Games itself.


'We're proud to support volunteers in the MCA'

Brian Johnson, CEO of the Maritime & Coastguard Agency said: ‘As an organisation we’re proud of the volunteers who do so much on our behalf. We also support our full and part-time employees if they want to give back to their communities in a voluntary capacity. I’m delighted that Colum, Jonathan and Alistair have been recognised for their efforts as volunteers. As an agency, we will continue to provide support and encouragement for them and all the others like them in the MCA who give of their time to the communities to which they are so passionately committed.’