November 06, 2018
HM Coastguard has been coordinating the search for a missing kayaker at Langstone Harbour, Portsmouth.

The kayaker’s friend reported him missing at around 2.45pm today (6 November). He’d last been seen more than an hour previously and had been struggling in the weather conditions.

Portsmouth and Hayling Coastguard Rescue Teams, along with Portsmouth RNLI lifeboat were sent to carry out a search. The missing kayaker was found around 25 minutes later, about two nautical miles south of the harbour.

He was disorientated and suffering from the effects of the cold. He was taken back to the lifeboat station, where he was met by Portsmouth Coastguard Rescue Team and the South Coast Ambulance service. He was later transferred by ambulance to Queen Alexandra Hospital. 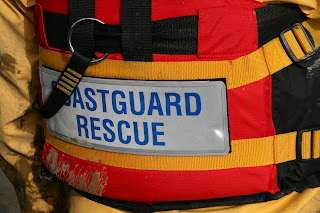