February 10, 2018
His Royal Highness, The Duke of Cambridge, has been one of the delegates at the first search and rescue conference of its kind in the UK.
The first UK SAR Conference brought together representatives from many organisations, looking at the service currently provided and what it might look like in the future.
Organised by the UK Search and Rescue Strategic Committee, of which the Maritime & Coastguard Agency is a part, the event was held at the National Exhibition Centre in Birmingham.
There was also a recognition that mental health and wellbeing of those involved in search and rescue needs to be cared for. 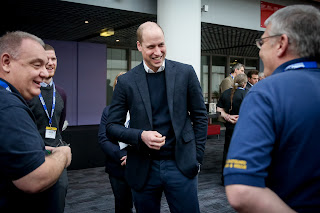 The Duke of Cambridge, a former search and rescue pilot, attended the conference in Birmingham as a delegate and went to two workshops during his time at the event. These were both about how important it is to provide support for mental health.
One of the workshops was based on Mind’s Blue Light Programme, which began in March 2015, while the other was run by search and rescue winchman paramedic Andy Elwood talking about mental health in the context of his social media campaign #itsoktotalk.
As well as a focus on mental health, the conference also provided a backdrop to discussions about the future of search and rescue, looking at technology sharing ideas and expertise and also what can be learned from previous experiences.
Sir Alan Massey, chief executive officer of the Maritime & Coastguard Agency said: ‘The willingness of so many people to devote their personal time and expertise in attending this conference is yet another example of the passion and commitment that is so typical of the search and rescue services.
‘This has been a wonderful opportunity to bring together the SAR community – including a large number of volunteers - to share experiences and ideas.  I’m sure the results will benefit the SAR service right across the spectrum.’ 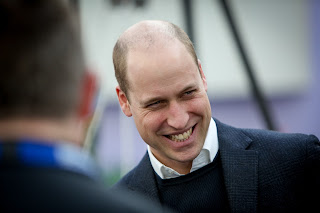 Richard Parkes, who is chairman of the UK Search and Rescue strategic committee as well as the director of maritime operations and HM Coastguard at the MCA, said it had been a valuable opportunity to celebrate achievements and also look to the future.
He said: ‘We are also pleased to see the importance of the welfare for our volunteers being so strongly supported across three of our workshops. We continue to work towards removing the stigma around mental health issues and continue to remind everyone that: ‘It’s okay to talk.’


‘We were also delighted that HRH The Duke of Cambridge was able to attend as a delegate. As a former search and rescue pilot he would have an inherent understanding of the challenges and highlights of being part of the SAR family.’