Search across Yorkshire coast for crew as yacht is found aground

May 16, 2017
An extensive search across the coast is being carried out after a yacht was spotted aground in the early hours of this morning.
The blue and white yacht – called Don’t Panic – left Scarborough early yesterday evening around 5.30pm and was seen on CCTV.
This morning at around 4.20, a fishing vessel reported to the UK Coastguard Operations Room that they had seen a yacht run aground off West Pier which turned out to be the yacht Don’t Panic.
It’s thought there were two people on board but no-one has been found and attempts to contact Paul Rose who owns the yacht has been unsuccessful.
HM Coastguard Rescue Teams from Scarborough and Burniston are conducting a shoreline search while lifeboats from Scarborough and the HM Coastguard search and rescue helicopter from Humberside are searching the sea.


Mike Puplett from UK Coastguard said: ‘Our primary concern is obviously to find this crew. If you know where they are or if you are that crew, please let us know. We just need to know that you are safe.’ 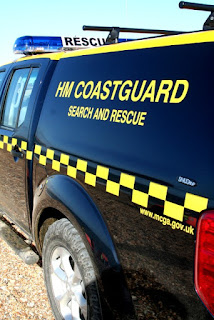