October 21, 2016
A group of three kayakers called the UK Coastguard after they got into difficulty in rough seas about ½ a mile off Flamborough Head, off the Yorkshire coast just after 1pm today. 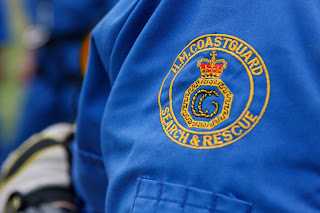 Bridlington and Filey Coastguard Rescue Teams, the UK Coastguard search and rescue helicopter, Bridlington and Filey all weather lifeboats and Flamborough inshore lifeboat were all sent to the scene.
A Mayday relay broadcast was sent out and three vessels nearby also joined the search.
Two kayakers were rescued shortly after lifeboats arrived on scene and a third kayaker was pulled from the water suffering from hypothermia a short time later. All three are being treated by paramedics from the Yorkshire Ambulance Service but we believe they're doing well and there are no serious injuries at this time.