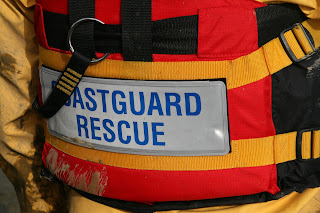 UK Coastguard has issued a safety plea for parents to keep a close eye on their children at the beach, after responding to nine separate missing children reports in one day (Monday 15 August 2016) across the UK coast.
At least two reports of missing children today were at West Wittering in West Sussex.


All the children were found safe and well, but with so many reports coming in during the day, many UK Coastguards Rescue Teams have increased their regular patrols and stayed near the beaches in case of further emergencies.
Dai Jones, Duty Controller for UK Coastguard said: ‘We have had quite a few calls about missing children in the last 12 hours.

‘It has been a beautiful day today and it has been very busy, where we have responded to at least nine call outs for missing children.   It’s always a huge worry when children go missing near the beach – not just for the parents but for the UK Coastguard as well.  There’s always a possibility that children will stray too close to the sea and without appropriate adult supervision anything could happen.  We are urging parents to a keep a close eye on their children when at the beach - thankfully today’s missing children had just wandered off and were located safe and well by the teams.


‘We urge parents or guardians to make sure that their children are well supervised at the coast. If you can, head for a RNLI life guarded beach – there are over 210 across the UK coast – and agree a recognisable meeting point.  Show your children the nearest lifeguard station and tell your children to head there and tell a lifeguard if they get lost.   Busy beaches can disorientate people, especially children, so take advantage of local wristband schemes for younger children.’