August 07, 2016
Five people were rescued as their boat sank under them between Ailsa Craig and Girvan on Saturday night. 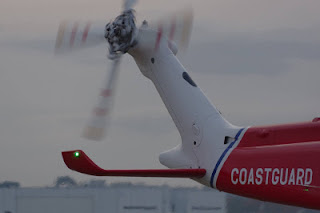 At 6.42pm, Belfast Coastguard received 999 calls from the men on the small boat reporting they were sinking but only an approximate location on the coast.  The Coastguard rescue helicopter from Prestwick and Girvan Coastguard Rescue Team were sent to search and Girvan and Campbeltown RNLI lifeboats were requested.
Coastguard coordinators at Belfast received help from the Irish Coastguard who tracked a precise location for the position of the casualty’s mobile phone.  The Coastguard helicopter arrived on scene and prioritised winching two people from the vessel who weren’t wearing life jackets.  At this point the vessel sank in rough water and the three other people were rescued from the water and winched into the helicopter.
The five people were landed nearby and met by Girvan Coastguard Rescue Team and were safe and uninjured.

Recreational boaters should wear an appropriate personal floatation device such as a lifejacket or buoyancy aid at all times whilst on deck.

When you make an emergency call to the coastguard from VHF radio you will tell everyone within range what your situation is even if you cannot see them – there might be someone nearby who can help you more quickly.

If you are at sea and only have a mobile phone you will only be able to speak to the person you are making the call to. If mobile network coverage is poor then you might not be able to make a mobile call at all,

VHF coverage along the coast is generally much better. For remote locations, consider carrying a 406 Personal Locator Beacon to raise the alarm.

Make sure that handheld VHF radios and fixed VHR microphones are stowed correctly.  and that they are not inadvertently transmitting  - open microphone carriers can render all communications on channel 16 impossible.


Yachts / motorboats (within 30 miles of the coast (Sea Area A1): A fixed DSC VHF, a charged mobile phone, flares, powerful torch and Personal Locator Beacon. Remember, a hand held VHF set is only generally capable of 3 nautical miles  range from boat to boat and 5 miles from boat to boat maximum because of the reduced aerial height.