Coastguard called after plane ditches at airshow in Kent

August 14, 2016
A pilot has walked away unharmed after his aircraft ran into trouble at the Herne Bay Airshow.

People watching the show made 999 calls to the UK Coastguard which immediately sent the Coastguard search and rescue helicopter based at Lydd.

Margate & Herne Bay Coastguard Rescue Teams,  along with the Whitstable Inshore Lifeboat were also sent to the scene.

Matt West, controller with the UK Coastguard said, ‘We received multiple 999 calls from the area after the aircraft appeared to be in trouble. Thankfully, the pilot is accounted for and appears to be uninjured.’ 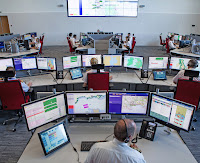