June 17, 2019
HM Coastguard is urging anyone who made contact with Buckie Lifeboat at midday today (17 June) reporting their vessel in difficulty to get in touch with them urgently.  The plea comes as HM Coastguard continues to  search the Lossiemouth area after Buckie RNLI Lifeboat received a social media message reporting a vessel had lost all power and needed assistance. 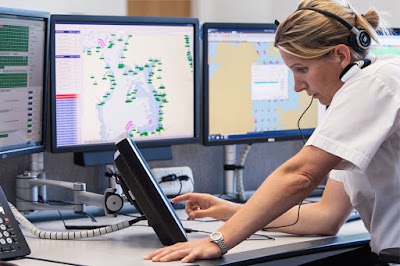 The message was received at around 12.30pm reporting that the vessel had broken down 2nm off Lossiemouth and the only means they had to communicate was via social media. Buckie Lifeboat immediately contacted HM Coastguard Aberdeen Operations Centre who agreed the launch of their lifeboat.

An extensive and thorough search, involving Buckie Lifeboat has been carried out and HM Coastguard used to Channel 16 to contact nearby vessels to assist.  Vessels in that area have responded and so far there is no evidence of a broken down vessel, nor has there been any reports of missing persons in that area.  The social media account from which the message came has since been deleted.  To rule out anyone in trouble, HM Coastguard is asking anyone who knows of anyone in difficulty in that area to get in touch by dialling their Aberdeen Coastguard Operations Centre on 01224 592 334.

HM Coastguard Duty Controller Kaimes Beasley said:  ‘We are asking this person to get in touch if he needs our assistance.  We are currently searching the area so we do need to rule out anyone in difficulty.

'If we get an emergency communication we always treat it as real.   If we think someone’s in danger or in trouble we will always search for them rather than risk loss of life.

‘If this does turn out to be a hoax, we would take this opportunity to remind people that making deliberate, false or misleading calls is against the law and we treat it very seriously. We keep a record of these communications and hold those records as evidence for future prosecutions. Have no doubt, if you’ve been identified as making a hoax call, the MCA will seek to prosecute offenders to the fullest extent of the law. Not only do hoax calls waste the valuable time of our Coastguard officers, volunteers and resources such as the RNLI and our aircraft while searching; it also may be putting other lives at risk by diverting our resources away from genuine emergencies.  It also puts our emergency services’ crews lives at risk.’