September 02, 2016
Preparations are being made for the Transocean Winner to be transported as ‘dry cargo’ to Turkey.

Although contracts are still to be finalised, planning is under way for the rig, which is currently in Broad Bay in the Isle of Lewis, to be loaded on to a semi-submersible heavy lift vessel for its journey.

The operation may start later this month but a definite date has not yet been set. Once a date has been confirmed, the Secretary of State’s Representative for Maritime Salvage and Intervention Hugh Shaw, together with others involved in the operation, will hold a public meeting to explain to the community how the operation will work.

Hugh Shaw said: ‘From the onset, our aim has been to keep the local community fully aware of our future plans and intentions. Given the level of interest, we will be more than happy to have the key players explain how the next part of the operation will be managed’.

In the meantime, the rig remains stable in Broad Bay, connected to eight anchors.

Although the TEZ only covers the sea area off the beach, members of the public should be aware that there may be some uncharted debris from the rig still lying on the seabed.  Divers have already detected and recovered some debris but have been unable to complete their search due to the prevailing weather conditions.

Advice also remains in place about being vigilant if walking on the beach – if you see anything out of the ordinary which could be debris, dial 999 and ask for the Coastguard. 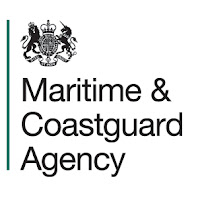