August 07, 2016
UK Coastguard coordinated the rescue of a 70 year old Norwegian rower in distress 900 miles to the west of Lands End, Cornwall in the mid Atlantic in extreme weather conditions. 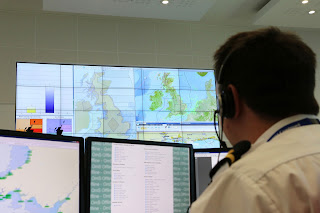 On Saturday 6th August the UK Coastguard via their Norwegian Coastguard colleagues, received a 406 distress beacon alert from the rowing vessel within the UK Search and Rescue Region.

The rowing vessel Fox II had suffered damage to its rudder and had its oars destroyed during a storm force 10 gale in the early hours of Saturday morning. Intermittent communication was established via email which enabled the UK Coastguard to continue to track and communicate with the vessel.
Given the distance offshore, which is well beyond the endurance of search and rescue helicopters, UK Coastguard requested assistance from shipping.

The bulk carrier Ludolf Oldendorff responded to the emergency broadcasts and diverted course to help rescue the man.

The bulk carrier successfully located the casualty vessel and after one hour of attempting to rescue in gale force winds and high seas the man was taken safely onboard.

The rower had set off from New York and was planning to row to the Isles Of Scilly in the UK when he got into difficulty.


"This was a challenging rescue due to the distance off shore where very few rescue options are available. Thankfully the Fox II was carrying a distress beacon and appropriate safety equipment. The UK Coastguard would like to express its thanks to the crew of the Ludolf Oldendorff”