August 07, 2016
UK Coastguard is coordinating a search for two missing people in the sea at Barmouth on Sunday afternoon. 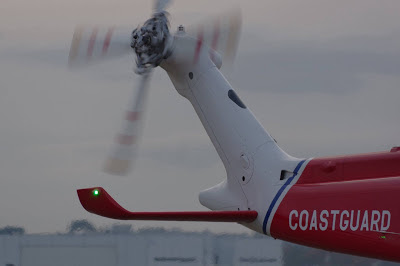 Holyhead Coastguard received a 999 call reporting that people were in difficulty in the water off Barmouth beach and immediately launched a search of the area involving Barmouth and Aberdovey RNLI lifeboats, Coastguard rescue teams from Barmouth, Aberdovey and Fairbourne and the Coastguard rescue helicopter from Caernarfon.  Welsh ambulance service Helimed and North Wales Police also attended.
It was reported that the people who got into difficulty in the water were part of a large group of visitors to the beach from Birmingham and the first respondent reported that they had lost sight of one of the people in the water.  There is also another member of the group unaccounted for and the search continues for two missing people.